A few weeks ago I introduced you to Dr. David Biebel, author and owner of Healthy Life Press. Today, Dave is sharing something he treasures with us....


What I Treasure Most
by Dr. David Biebel

My father was a preacher in northern New England. This meant that as far as the church was concerned, if the doors were open, we were there – with bright, shiny faces, and sitting in the second row, which was numbered 34 or something like that, because in olden times pews were rented to the constituents.

As far as the community was concerned, as PKs (preacher’s kids) we were supposed to be exemplary in some nebulous sort of way so the Gospel (and our father’s reputation) would not be impugned by some act of moral turpitude that one of us might commit. Being the oldest, I got to test that fence first, with the result that I learned the hard way that Jesus really is the “wonderful counselor, mighty God, everlasting Father, prince of peace” (Isaiah 9:6) for there were times when I lost my bearings and needed a wonderful counselor, a mighty God to protect and call me back from my wanderings, a divine Father whose love is unconditional and eternal, a Person to provide a hiding place – his grace – where the storms of life could not drown me.

I treasure him whom the apostle Paul calls “the indescribable gift” (2 Cor. 9:15). But what I treasure most is the astounding process that God chose to give his Son to the world. For if Christianity were not the truth, no human would design this way to eternal life. Consider, for instance, the following passage from the Gospel of Matthew (Matthew 1:1-17, excerpted):

Why would I treasure a part of the Scriptures that some find “boring?” This genealogy is extremely important because it establishes that Jesus had the credentials necessary to be the Messiah: son of Abraham; son of David. If this were not true, he could not have been the Messiah.

You would expect the Messiah to come from an impeccable family tree, wouldn’t you? But the first six verses of this passage name a liar, a conniver, a woman who seduced her father-in-law (thus causing him to commit incest), a prostitute, a Gentile, two adulterers (one of whom was a murderer, also). Sounds like a description of the moral mayhem taking place in our world today. “There is nothing new under the sun,” said Solomon (see Ecclesiastes 1).

While it’s true that Matthew was establishing the lineage of Jesus, God uses this ‘boring’ section to say something really awesome to anyone who will listen:

I can use anyone to accomplish my purposes, and ‘anyone’ includes you, with all your shortcomings and failures. 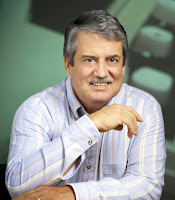 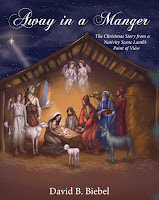 His goal is to help people attain and retain optimal physical, emotional, spiritual, and relational health (personal wholeness) so they can love the Lord with their whole heart, soul, mind, and strength, and their neighbors as themselves. He founded Healthy Life Press to help new authors with something to contribute in this arena to get their works into print. Visit: (www.healthylifepress.com)

*NOTE* Orders Placed at HealthyLifePress.com during November eligible for 20 percent off! Just add: FALL20 in the "coupon" area when checking out.

Well friends, I hope you enjoyed today's post and that you'll stop by each week for Tuesday Treasures, Thursday Thoughts and Saturday Spotlight.

Until next time take care and God Bless.
PamT

PS: Don't forget to enter the Rafflecopter Giveaway for a Kindle Fire and if you haven't already purchased your copy of my award-winning title, Keri's Christmas Wish (Print & Kindle) or Mistletoe, Snow and Suspense, get them today!

Posted by Pamela S Thibodeaux at 6:45 AM

Your press sounds most worthy and helpful. Pam, thanks for bringing it to our attention.

Fascinating! Excellent post. I love what you're doing. Physical, emotional and spiritual well-being are all vital.

Thank you so much for sharing your thoughts. I was at church every Sunday. My dad was Mr. Usher. Front and center, too. LOL

In my faith tradition, the pastors don't marry. I can't imagine how difficult it must be to be a PK! Wonderful post!