Yep, FINALLY got a chance to come back to the lake yesterday afternoon and let me tell you being here is so relaxing I hardly know what to do with myself LOL! I'll be fishing later and then just chillin'

Our guest today has visited often so please welcome Alina K Field as she shares some words with us.... 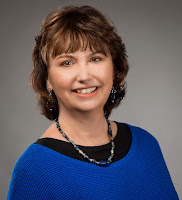 I confess, though I’m a pretty casual housekeeper, when it comes to schedules, I have a tendency to perfectionism. When things and people aren’t lined up and right on schedule, I can get a tad tense. And so, I’m sharing a little story about one of my favorite people, a guy who knows how to coax a laugh when we both need it:

Within families, most of us wear a lot of titles. One of my favorites is “Grandma”. 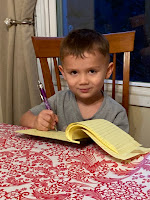 The grandkids are now 3 ½ and 20 months old. Babysitting them and watching them grow and develop is a blessing and privilege. And also a challenge sometimes, especially at naptime!

I like routine, and I like naps. My granddaughter (the 20-month old) runs out of steam by early afternoon and puts up a fight as tiny as herself.

My grandson has never liked naps. He doesn’t fight them though—he’s learned to charm his way out of them.

Me: “Your eyes are getting droopy. You’re getting cranky. Let’s go have a nap.” 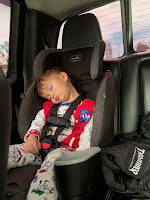 Him: (Pauses, leans close, and gives me a wide-eyed look) “But, Grandma…” Waves his hand toward the window. “It’s a beautiful day.”

He stops Naptime Grandma dead in her tracks and makes me laugh.

We’ve reached a compromise of sorts: he sits with Gramps and watches Paw Patrol, and I take sister and we stretch out and snooze. By the time Mom picks him up, he’s ready to fall asleep in his car seat, so he has that nap anyway!

Now, it’s a standing joke between my husband and me: when one of us is feeling tense, the other one says, “But Grandma, it’s a beautiful day.”

And it usually is!

My most recent standalone release is FATED HEARTS, a retelling of Shakespeare’s Macbeth. The Scottish hero and his lady get a true happy ending, Regency romance style!

Fated Hearts, A Love After All Retelling of the Scottish Play
A Regency Romance, part of the Tragic Characters in Classic Lit Series
Heat rating: R
Everything he believed to be true was a lie.
Plagued by hellish memories and rattling visions of battle to come, a Scottish Baron returning from two decades at war meets the daughter he denied was his, and the wife he divorced, and learns that everything he’d believed to be true was a lie. What he can’t deny is that she’s the only woman he’s ever loved. They’re not the young lovers they once were, but when passion flares, it burns more hotly than ever it did in their youth.
They soon discover, it wasn’t fate that drove them apart, but a jealous enemy, who played on his youthful arrogance and her vulnerability. Now that old enemy has resurfaced, more treacherous than ever. When his lady falls into a trap, can he reach her in time to rescue this love that never died?
Get your copy of Fated Hearts at the following locations....
Amazon: https://www.amazon.com/dp/B08NYWR3KH
Kobo: https://www.kobo.com/us/en/ebook/fated-hearts-6
Nook:  https://www.barnesandnoble.com/w?ean=2940163084159
Apple books: https://books.apple.com/us/book/fated-hearts/id1541737451?ls=1
GooglePlay:
https://play.google.com/store/books/details/Alina_K_Field_Fated_Hearts?id=YcMKEAAAQBAJ
Bookbub: https://www.bookbub.com/books/fated-hearts-a-love-after-all-retelling-of-the-scottish-play-by-alina-k-field
Goodreads: https://www.goodreads.com/book/show/56023442-fated-hearts
Other distributors can be found Here.
About Alina: Award winning and USA Today bestselling author Alina K. Field earned a Bachelor of Arts Degree in English and German literature, but prefers the much happier world of romance fiction. Though her roots are in the Midwestern U.S., after six very, very, very cold years in Chicago, she moved to Southern California, where she shares a midcentury home with her husband and a spunky, blond rescued terrier. She is the author of several Regency romances, including the 2014 Book Buyer’s Best winner, Rosalyn’s Ring. Though hard at work on her next series of romantic adventures, she loves to hear from readers!
Website: https://alinakfield.com/
Amazon Author Page https://www.amazon.com/Alina-K.-Field/e/B00DZHWOKY
Facebook: https://www.facebook.com/alinakfield
MeWe: https://mewe.com/i/alinakfield
Twitter: https://twitter.com/AlinaKField
BookBub: https://www.bookbub.com/authors/alina-k-field
Instagram: https://www.instagram.com/alinak.field/
Goodreads: https://www.goodreads.com/author/show/7173518.Alina_K_Field
Pinterest: https://www.pinterest.com/alinakf/
Bingebooks: https://bingebooks.com/author/alina-k-field
Newsletter signup: https://landing.mailerlite.com/webforms/landing/z6q6e3
Other books in the Tragic Characters in Classic Literature Project
The Monster Within, The Monster Without
by Lindsay Downs (Frankenstein)
I Shot the Sheriff
by Regina Jeffers (Robin Hood and the Sheriff of Nottingham)
The Colonel’s Spinster
by Audrey Harrison (Pride and Prejudice)
The Redemption of Heathcliff
by Alanna Lucas (Wuthering Heights)
Captain Stanwick’s Bride
by Regina Jeffers (The Courtship of Miles Standish)
Glorious Obsession
by Louisa Cornell (Orpheus and Eurydice
Wow, Alina, this sounds like an intriguing collection of stories. It's amazing how those grandbabies can manipulate us - in an incredibly sweet way of course. I remember when my granddaughter was little she'd tell her Paw Paw, "But I not tired." (with big, heavy eyes LOL!) He'd tell her to just lay there while he slept. Worked every time 😊
Thanks for sharing with us today and Thanks, Friends for dropping by. Be sure and visit Saturday for a spotlight on another great author and book!
Until next time, take care and God Bless.
PamT
PS: I'm on Maris Soule's blog today so please drop by and visit me - THANKS!
Posted by Pamela S Thibodeaux at 7:24 AM 6 comments:

#SaturdaySpotlight is on Dreams of the Queen Audio Book!

Good Morning!
It's been a while since we had an audiobook tour brought to you from Audio Bookworm Promotions so I won't take up any of your time yammering about me LOL!
Enjoy..... 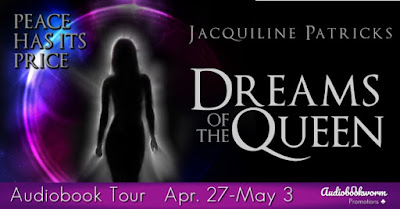 Read more »
Posted by Pamela S Thibodeaux at 2:00 AM 2 comments: 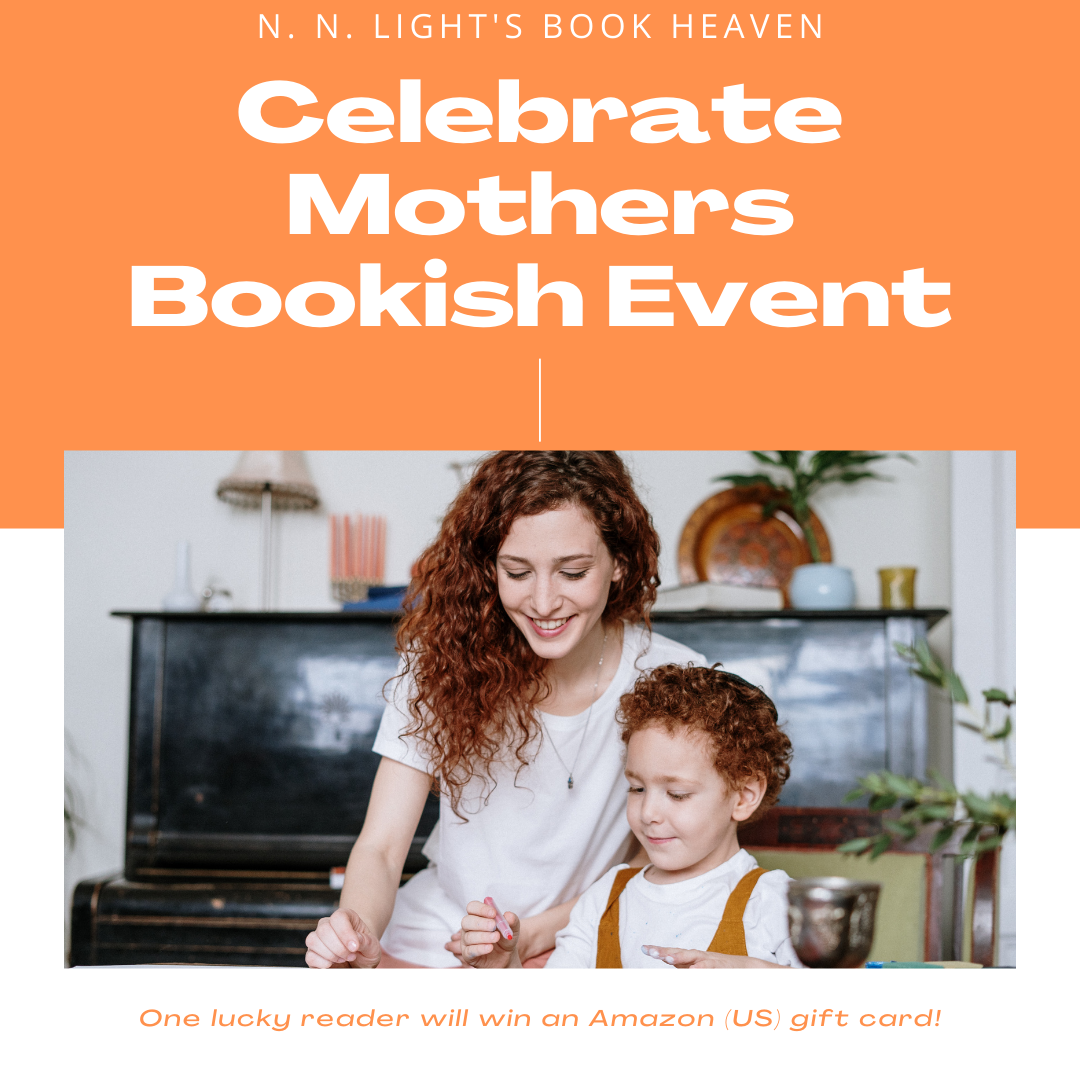