I pray this day is blessed for you ALL. Today's guest is a brand new-to-me and our blog and he's here with his latest novel so please welcome Russell Williams...... 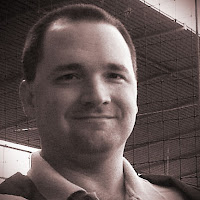 I’m R.A. Williams. My friends call me Russell. By day, I work as a medical technologist at a Children’s Hospital. I devote my free time to writing Christian fiction.

My first two novels are about time travel. To me, this is a fascinating topic, but for my teenage daughter, not so much. So I set out to write a novel about a determined, young heroine that my daughter could identify with. The protagonist had to be feisty yet flawed, with her share of anxiety and emotional baggage. I also wanted to add a bit of romance into the mix. 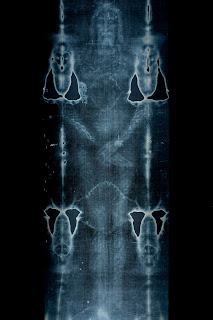 So I brainstormed for ideas, and immediately the Shroud of Turin came to mind. It is by far the most studied relic in history. More than 99% of scientific evidence suggests the Shroud is the authentic burial cloth of Jesus Christ. Only one test says otherwise—that pesky carbon date performed in 1988.

Fortunately, since 1988, scientists have been busy conjuring up theories as to why the carbon date is wrong. One such theory is that the carbon date was performed on a repaired corner of the Shroud, mixing new fibers in with old. Another theory is that radiation formed the image. Since neutron radiation forms carbon-14, that is why the carbon date is invalid. My protagonist, Amari Johnston, believes the patch theory and her love interest, Dr. Kevin Brenner, feels like his theory of radiation makes more sense. Together they gather evidence so they can plead their case to the Vatican—but not if a serial killer can stop them first.

I know, exciting stuff, right? My daughter thinks so. She loves it. And I’m sure you will too.

Oh Wow, Russell, I love stories about the Shroud of Turin and your's sounds fascinating! How/where can we find out more?

Author Bio: R.A. Williams writes suspenseful Christian fiction that reveals not just the characters' actions, but the psychological motives behind those actions. He pulls the reader through a full spectrum of emotion while at the same time injecting humor as comic relief. He holds a degree in psychology and sociology, and his published works include the novels Carbon-14: The Shroud of Turin, The Class of 86, and The Gospel According to Todd.

His shorter works have appeared in The Christian Communicator, Encounters With God, and Dreams and Visions. His interests include psychology, Biblical history, finger-style guitar, and religious relics such as The Shroud of Turin. He lives in Tennessee with his wife, daughter, and beagle.

Well friends, hope you enjoyed Russell's visit as much as I did and that you'll join me each week for Tuesday Treasures, Thursday Thoughts and Saturday Spotlight.

Until next time take care and God Bless.
PamT
Posted by Pamela S Thibodeaux at 7:32 AM

There was a recent question about the Shroud of Turin on Jeopardy. I believe it still fascinates many. I'm certain this new novel will find an audience. Happy Thanksgiving!

I love that you wrote a novel to grab your daughter's interest. And the Shroud of Turin has always fascinated me. Best of luck with the book, and Happy Thanksgiving!

Yes, it is the most fascinating thing on the planet if you ask me "in the form of a "question". I bet I could have answered that Jeopardy question :-)

My daughter was up until nearly 3:00 a.m. this morning finishing it up. Once things got crazy toward the end she couldn't put it down. Now she's putting the pressure on for Volume 2. I've got my work cut out for me.

Happy Thanksgiving to you!

I find all the ancient religious artifacts interesting both historically and sociologically, especially when woven into great fiction. (For example, Dan Brown's books). Good blog post!

Yes, relics are fascinating, especially when you believe they are authentic. Like the Shroud. I'd bet my retirement it's authentic. At least that's what the vast majority of the evidence suggests.