Dave is not a stranger to our blog. He visited back in 2017 with VB Tenery and their book, Against the Odds, shared thoughts and the spotlight as Boo Riley about his book Me and Jake and shared treasures again last month, so please welcome him back once again! Take it away Dave.... 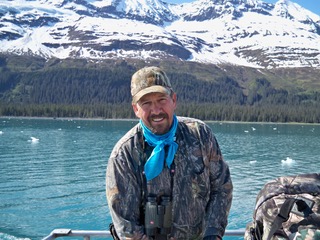 Pamela, again, thanks for having me.

When I was a kid, my dad would walk out of the house and I would ask him where he was going. He’d say, “Crazy. Want to go?” I always did, but to him that was a figure of speech, or a way to be humorous. I never got to go crazy with him.

Before long I had my own family, and one day, when my oldest daughter was four of five, she asked me where I was going, and I said, “Crazy. You want to go?”

We lived in Montana, in the mountains, so she tagged along as I went outside and cut firewood or changed the oil in my pickup or mended fence or whatever, I forget. When I finished, I headed inside, and she stopped me and said, “Dad, I thought we were going crazy.”

Well, you told her you were going somewhere, but you never left the house. To her, crazy is a place. She feels like you did when you were a kid. I loaded her inside my pickup and we drove around. So happened that I had a bag of Smarties. I love them. I gave her some. She stood on the seat next to me—yes, this was back when a kid could do that in the mountains, even ride in back—and ate her candy.

“Is this going crazy?” she asked.

“This is going crazy,” I said.

She nodded and smiled and held out her hand for another little roll of candies. We drove around aimlessly for 20 minutes or so and returned home. She told her mom that she went crazy.

We went crazy a lot in the coming years. Whether driving or walking or horseback riding or camping, and we always had Smarties to hold us over while we were gone. Sooner than I expected, this young lady was in high school in Switzerland. She graduated and joined the Marine Corps, married a Marine and had two little girls of her own. When they got out of the Corps, she and her husband bought a house nearby.

One thing she and I really looked forward to was hunting season. We go horseback. I took her the first year she was old enough, and we couldn’t wait to go again now that they lived closer.

Opening morning dawned cold and windy. Horses were fed and saddled. We checked our gear, placed our rifles into their scabbards and mounted. I had a packhorse in tow and led the way out of camp, into a large meadow. Wind makes the horses flighty. They were fresh, ready to go. My packhorse was being a knucklehead. We finally lined out and my daughter rode up next to me. I looked at her. She looked at me, grinned, and handed me a Smartie.

I love to go crazy.

How funny, David and what a precious memory. Thanks for sharing.


David Arp was born in Arizona, raised in Texas, and lives in Colorado with his wife of 32 years. He’s 61, but has only spent half of the past 40 years at home. The other half he traveled and worked the oilfields of the world, from the deserts of the Middle East to the vast oceans offshore. He has three children and six grandchildren.

His new release, ORB is available from Pelican Book Group and Amazon.

Hope you enjoyed today's post and that you'll drop by regularly to see who's doing what on our blog!

I love the going "crazy". What a precious memory for you and your daughter.

Looking forward to hearing more from you
cardboard Box Dividers

Thanks Diane. Appreciate your time. Dave

Pamela, thanks again for having me. Blessings.