I'm headed out to Bandera, TX (my home away from home) this morning but before I go, I have the pleasure of introducing you to brand-new-to-me author, Howard Levine with his book, Last Gasp. 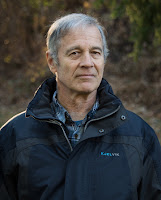 I discovered Howard on my friend Jacqueline Seewald's blog and am so glad he could be in our spotlight today so please give him a huge WELCOME!


Howard Levine is the author of one previously published novel, Leaving This Life Behind.  He is a retired teacher of special education and English as a second language. Before his first public school teaching position—at a high school in the Bronx, NY—he taught Transcendental Meditation, which he still practices regularly.  Howard now lives in suburban Washington DC, where he hikes, bikes, and writes.  He and his wife volunteer at a soup kitchen and a senior citizens center. Find out more by connecting with him on Facebook. 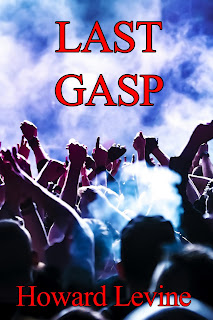 Frank Tedeschi’s niece is dead, one of thousands of victims of a terrorist attack, which has been laid at the feet of “Islamic radicals” by a right-wing US government.  Frank, based on a chance encounter, is one of the very few people who question the government’s explanation.  He is a Vietnam veteran who wants nothing more than to live without further controversy or conflict.  Can he and his grieving brother Rob, a detective with the NYPD, obtain the necessary evidence to uncover the truth, in the face of scorn and incredulity?  Can they overcome their long-term estrangement to work together, given that they are putting their lives in danger?
In LAST GASP—a novel that resonates with today’s politics—the answers to these questions unfold in a way that mingles personal and societal issues and intertwines the past and present while moving relentlessly forward.

Excerpt:  “She would’ve come for the calamari, if nothing else.” Rob, eyes shut, sipped from a wine glass, his thick fingers wedged between its flat round base and the reddish-purple curvature of the bowl, which he squeezed as if holding the thing together. “She loved the stuff,” he added, looking up from the goblet, his voice hoarse. “For that, she would’ve come.”
Julie reached across the table and laid her hand on his arm. “She’d have come anyway.  She could’ve compared notes with her cousin over here. Compared studs and tattoos,” Julie said, ignoring the look her younger son shot her as he leaned forward on the other side of Frank. “Plus, even if Laureen acted like it was uncool, she loved her family. Starting with her parents.”
Rob gritted his teeth and looked away, thinking that he either needed to lay off the wine or get soused, that he was now inhabiting a dangerous middle ground. Tears in your beer, only substitute wine in a glass that seemed to magically refill itself, to siphon bittersweet vin rose from the carafe. Either the bus boy was very unobtrusive, or Rob was transfusing the stuff himself without really being aware of it.
He couldn’t have sworn that Laureen loved her parents, separately or together. Ditto for her extended family. Still, it was Laureen, ironically, who’d brought all of them together. For the second time in a month, no less. They could have left out a glass of wine for her, left the outside door ajar, like the Jews did on Passover. Except that there was even less chance of Laureen showing up than there was of the Prophet Elijah draining the Manischewitz. Besides, it was cold out and they were in a restaurant. The place was crowded, noisy, probably bug-proof, assuming that the so-far anonymous federal spooks even knew that the Tedeschi clan was dining there. And it was a setting much preferable to that of the previous family get-together, Cascardi’s Funeral Home.

Last Gasp can be found at Amazon (Kindle) & Barnes and Noble (Nook).

Howard has a book signing this afternoon, but please leave a comment and he will check in ASAHP - THANKS!

Hope you enjoyed today's spotlight and that you'll check back weekly for Tuesday Treasures, Thursday Thoughts and Saturday Spotlight!

This sounds like an amazing story on so many levels! Best wishes for your book!
Minette Lauren/ZariReede

Thanks very much for your encouraging words and good wishes.

What an intriguing plot! Stories of Vietnam vets who return to do amazing things with their lives--whether real or fiction--are excellent reads. Congratulations. From the reviews it sounds like you've written a classic.

Congrats, Howard! Best wishes for the success of your current novel from another author and fellow retired teacher.

Our last two Arp family reunions were at funeral homes. The worst kind. Good excerpt. Your novel is timely given our current political discourse, usually the best kind. Blessing and success.

I read and reviewed Howard's thriller. Weaving through and around the plot are themes that dominate our current political dialectic, but, just taken as storytelling, it's a great story...and it offers a good model for writing a thriller.
Howard's a great guy too. I learned more about him here and when I interviewed him for my own blog. Sometimes authors are as interesting as their characters, and he's no exception.
r/Steve

Thanks to all for your kind words - Howard

You've done it again, Howard, with a story emerging from the past but relevant to today! Congratulations!

Pam, you've chosen a wonderful person and book to interview. Howard's storytelling is intriguing and makes me think--two great qualities. Best wishes to you, Howard.

What a gripping excerpt. Your story sounds fascinating. I like heroes who are Vietnam vets, too.
All the best with your book.

Congratulations, Howard. This is a must read book for me.

Wishing you all the best, Howard.

It's so exciting to watch the momentum for Last Gasp grow as more people read it and recommend it to other booklovers. Congrats!