#WednesdayWordswithFriends welcomes Chris Fabry & A Piece of the Moon

Yep, I'm here house/dog/duck sitting while my son is in FL with his dance and cheer teams for National competition. It's been an eventful couple of days. Two of my friends came to do some writing and my grandson is here also while on Spring Break from school. I've picked up a WIP that I started writing last year during a writer's retreat here in Nac. Hopefully you'll have another book by year's end. We'll see, but enough about me!

Our guest today has shared Treasures and Words with us before so please welcome Mr. Fabry back with some information on his latest book, A Piece of the Moon.... 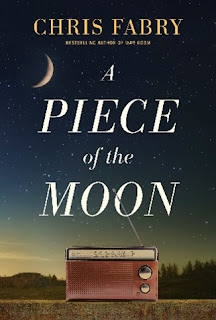 1. Is there anything in our culture today that inspired this story and its themes?
The original catalyst was the story of Forrest Fenn, who hid a fortune somewhere in the Rocky Mountains and gave clues to its whereabouts in a poem. He said the reason he did that was to make people go out and enjoy nature. I took that idea and wondered what would happen if a quirky, rich fellow hid a fortune with the desire to encourage people to read the Bible. That prospect engaged me as a fiction writer.
2. This story takes place in Emmaus, West Virginia. What inspired this setting for your novel?
I find my writing becomes more vivid when I set it in my home state of West Virginia, and I chose the fictional town of Emmaus since it has such rich, biblical meaning. The real treasure in West Virginia is its people, who often are caricatured and marginalized as “simpletons.” But the people I write about are complex people with lots of hurt and pain and struggle as well as grit and determination. I love writing about this area and the people who are part of me, even though I live a “fur piece” from there now.
3. In this story, the main characters come together in search of a treasure. Without giving too much away, can you give us a sense of what they are searching for?
Treasure is the right word. The man who hid it, Gideon Quidley, has never revealed exactly what is inside the treasure chest (which is a replica of the Ark of the Covenant). But conjecture runs wild up and down hollers. What would people do with a million dollars or more? How would that change their lives?
4. What key lessons or themes permeate this story?
One of the biggest themes is the “second chance.” The little radio station in town, Country 16, is populated with people who have been given another chance by the manager, Waite Evers. Waite is a kindly soul who has his own hurts and struggles, so he knows the value of a second chance. There’s also a theme of forgiveness and the power of that act in your own life as well as the lives of others. Of course, there’s a love story in town and I follow that trail with a person who doesn’t believe she’s worthy of love.
5. Who is your favorite character in this story and why?
Her name is Pidge Bledsoe. Pidge is her nickname because years earlier she adopted a wounded pigeon that hit a guy wire at the radio station and she brought the bird into the office at the junkyard where she works and lives. Pidge has had so many obstacles in life and little hope of finding lasting love. Because of her good heart, she’s also taken responsibility for her nephew. I love Pidge’s outlook on life and how it changes throughout the story.
6. What character was the most fun to write?
Gideon Quidley was the most fun because he’s a brilliant guy. He grew up in the hills and made his way to help in the space program. When he came to faith, he went whole hog. So I wed the brilliance of his mind with the faith of a child and I think readers will enjoy the outcome.
7. What character was the most challenging to write?
Antagonists/villains are always most difficult for me because it’s easy to paint an opposing force as only evil and not well-rounded. In this story, the character who opposes the treasure hunt is someone who believes he’s really the hero and is doing everyone a favor.
8. Did the story unfold in any way that surprised you?
Every story I write catches me off guard. With A Piece of the Moon, I began writing about Gideon and his desire to do something good and I knew the people at Country 16 would play a pivotal role in the unfolding. I didn’t know the depth of the backstories of those people, so as it came to me, I realized some of the complexities of the lives they led and the hurts they had experienced. Rick Bragg said the best stories are about people in trouble. And I was surprised by all the trouble these people had encountered. I’m hoping readers will see some of their own troubles represented in the story.
9. Could you relate to this story? How so?
I was surprised at how much I wrote about my own heart. One theme I didn’t mention is that struggle is a sign of life, not failure. So the struggle in this little town and at the little radio station is what propels people into real life. And I’ve seen that at work in my own heart through the years. I equate things going “smoothly” and “well” as success. But most of the really good things that have happened have come through a wilderness journey at some point. So I think anyone who reads it will find the same concept at work in their own lives.
10. How do you hope this story will resonate with your readers?
First, I hope it will draw you in and make you laugh at the faults and foibles in Emmaus. I also hope it grabs you so deep in the heart that you will shed a tear at some of the real struggles you encounter. But mostly I think the takeaway I received is that faith is allowing God to be who he is and letting him work in our lives at his own pace rather than making him conform to my idea of how he should act. Real faith in God hangs on to him in the flood instead of taking us out of the deep water. And then we’ll see that we weren’t really hanging on as tightly as he was hanging on to us.

Chris Fabry is an award-winning author and radio personality who hosts the daily program Chris Fabry Live on Moody Radio. A graduate of the W. Page Pitt School of Journalism at Marshall University and a native of West Virginia, Chris and his wife, Andrea, now live in Arizona and are the parents of nine children
MY REVIEW.....
A Piece of the Moon grabbed me from the beginning and didn't turn loose until the conundrum of Gideon Quidley's hidden treasure was resolved. Endearing characters, interesting plotline, mystery and intrigue blend together in a story that is sure to satisfy the most eclectic reader. I give Mr. Fabry 4 stars for this wonderful and entertaining read.
Hope you enjoyed today's post, friends and that you'll check back each week for Wednesday Words with Friends and Saturday Spotlight.
Until next time, take care and God bless.
PamT
Posted by Pamela S Thibodeaux at 1:30 AM

Great interview Chris and Pam. Your storyline sounds intriguing, Chris. All the best on the book.

This was a really great interview. I love the nickname "Pidge". That's adorable. Your book sounds wonderful. I can't wait to read it!

Sounds like a fabulous book! I love the treasure idea and the West Virginia setting.

A fine in-depth interview! Congrats on the new book.

I can see I need to read this book -- Love the reference to Emmaus. Best of luck with it.

Thank you so much for your interest in the story! I just love these people from Emmaus and can't wait for you to love them, as well. Thank you, Pam!!

I enjoyed the interview! Sounds like a great premise for a story!

What an interesting interview. I love learning 'behind the scenes' info about books. Sounds like a wonderful read with some great characters. Congrats and best wishes! 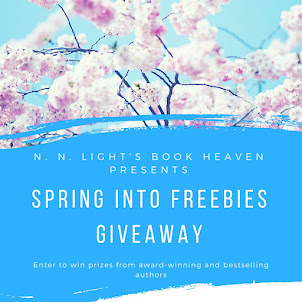 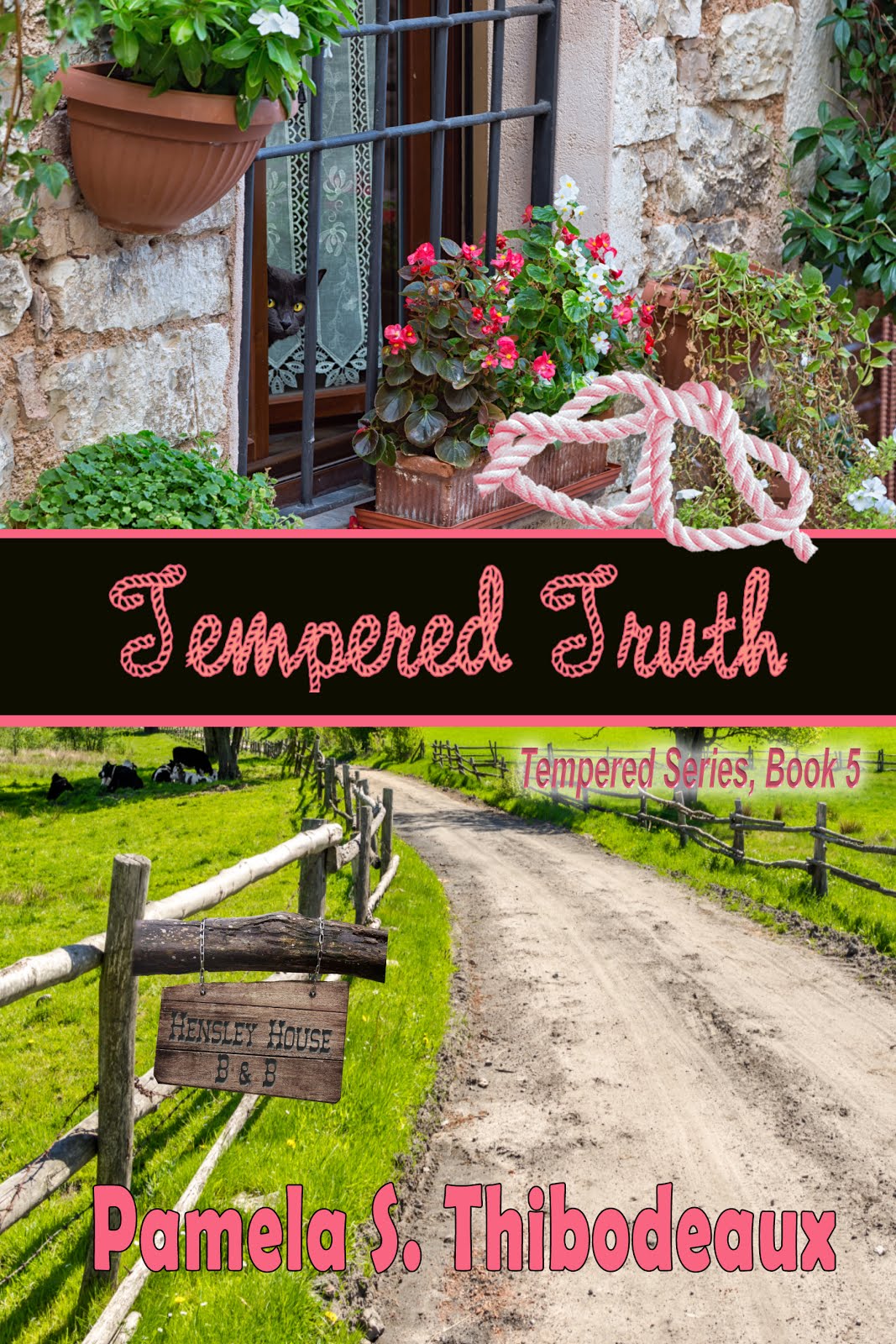