#SaturdaySpotlight is on Andrea Boeshaar & A Thousand Shall Fall...

Good Morning and Welcome to the LAST Saturday Spotlight in March 2020!

Yep, it's that time. Yesterday was my Angel Girl's sweet 16 birthday and although we couldn't have an in-person party, I did get to see her and hug her! Don't worry, she had a mask on! But it was more than I originally thought I'd get. Brought me to tears....this Corona crap and quarantine has disrupted our lives but I am THANKFUL for the little moments and Face Time!

Today's guest was a visitor back in January, so please welcome Andrea Boeshaar back with A Thousand Shall Fall (Book one in her Shenandoah Valley Saga).

In the autumn of 1864, spirited Carrie Ann Bell is searching for her runaway sister in the hearth of Virginia’s Shenandoah Valley. Disguised as a Yankee soldier, she stumbles into a skirmish near Front Royal – and instead of her sister, she finds trouble.

Colonel Peyton Collier of the Union cavalry division arrests her for impersonating an officer, but protects her from worse consequences. Soon the Southern girl finds herself drawn to the chivalrous Yankee horseman, discovering that her foe has become her ally – and more than that, someone she could love.

But Carrie has promised to keep a dark secret, never suspecting that her silence might threaten the life of the gallant colonel who holds her – and her heart – captive.

Carrie Ann Bell stared at her youngest sister’s sloppily-scratched note. How could Sarah have done such a scandalous thing? Running off with a lowlife peddler? Sure, the girl had threatened to run away numerous times in the past, but who would have thought she’d actually do it? Mama would be heartbroken when she heard the news.

Heartbroken and angry. Carrie could practically hear Mama crying and blaming her for Sarah running away. Mama would say Carrie paid more attention to Papa’s newspaper than her baby sister…

And maybe Mama was right. After all, Margaret was eighteen and Sarah, fourteen. But Writing for the Bell Tower in Papa’s absence had been Carrie’s refuge, a place of some normalcy when the world continually turned topsy-turvy.

Staring at Sarah’s note, Carrie wondered about not telling Mama about this at all. Maybe she’d just go looking for her youngest sister and bring her home to the Wayfarers Inn—

What an oxymoron. The Wayfarers Inn was no more a home than a damp, dark cave was an elegant mansion. But it was a roof over her, her sisters’, and Mama’s heads.

Carrie paced her father’s small newspaper office. Surely she could catch up with Arthur Sims, that no-account speculator. He couldn’t have gotten far in that large, rattling wagon of his.

Her hand shook with a sudden fire in her veins. Carrie was tempted to notify the law and file kidnapping charges against the man, except the law had better things to do than go hunting for a fast-talking swindler who rode off with a starry-eyed girl.

So what should she do? 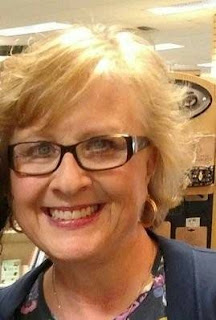 Andrea and her husband Daniel have been married more than 40 years. They have three wonderful sons, one beautiful daughter-in-law, and five precious grandchildren.

Andrea Kuhn Boeshaar is a Wisconsin author who now resides in Upstate South Carolina. She’s written over 40 books with ONE MILLION COPIES SOLD! The three components in all her stories are faith, family, and forever relationships. She also blogs and writes devotionals and magazine articles with the hope of encouraging readers wherever they are in their spiritual journeys.
Andrea’s publishing career began in 1994 when her first novel was released by Heartsong Presents, a mail order book club from Barbour Publishing. She went on to write numerous romances for the book club and was voted one of the line’s “Favorite Authors” several times over. Andrea also wrote trade fiction for Barbour Publishing with her Faded Photographs series. In addition, Andrea collaborated with other popular Christian authors and published numerous novella collections.

Then in 2008, Andrea helped kick off Summerside Press’s “Love Finds You” line in 2008 with her novel Love Finds You in Miracle, Kentucky.

In addition, she helped re-introduce Charisma House’s fiction line “Realms” into the CBA with her historical series Seasons of Redemption. She wrote another series for Realms/Charisma House called Fabric of Time. Book two of that series, Threads of Faith, finaled in the Inspirational Readers Choice Awards contest. Her third book in the series, Threads of Love, finaled in the National Excellence of Romance Fiction Award contest.

In December 2015, Andrea published a contemporary novella collection, Seasons of Love (Pelican/Prism Book Group). Each story has a recipe at its end which appeared in the story.
Andrea’s latest historical series is the Shenandoah Valley Saga. The first book in the Civil War series, A Thousand Shall Fall (Kregel Publications), released in November 2015. The second, Too Deep for Words (Kregel Publications) released in April 2017. *Note: A third book There Is a Season (Steeple View Publishing) is in the works and will release in July 2020.

In 2017, Andrea was asked to write a book for the popular, multi-author series called, My Heart Belongs. Her contribution was, My Heart Belongs in the Shenandoah Valley: Lily’s Dilemma (Barbour Publishing) which was released in the fall of 2017.

Find out more about Andrea by visiting her website. Get your copy of A Thousand Shall Fall at Amazon.

Hhhmmm, sounds like Carrie Ann is in quite a dilemma, Andrea and what an amazing career! We certainly wish you the best of luck and God's blessings.

Hope you enjoyed today's post friends and that you'll check back each week for Wednesday Words with Friends and Saturday Spotlight. Be sure to leave a comment if you want to enter my monthly gift card giveaway!

Thanks for the excerpt. It sounds like an interesting book. Congratulations!

It's such a good book. Can't wait until Book #3 comes out. So glad to have you in the Upstate.

Hi Andrea! Congratulations on your release.

What a career you've had! Congratulations on your latest release. The story sounds wonderful!

I love Civil War era books and this sounds like a great one. Congrats and best wishes!