Tuesday Treasure: The Reality of ESP by Russell Targ

This week's Tuesday Treasure is brought to you via Nikki Leigh & Promo 101 Promotional Services!

Russell Targ is a physicist and author who was a pioneer in the development of the laser and laser applications, and was co-founder of the 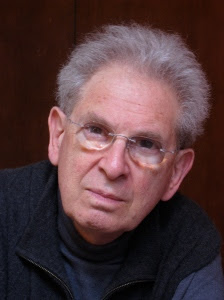 previously secret Stanford Research Institute’s investigation into psychic abilities in the 1970s and 1980s. His work in this new area, called remote viewing, was published in Nature, The Proceedings of the Institute of Electrical and Electronics Engineers (IEEE) and the Proceedings of the American Association for the Advancement of Science. Targ did graduate work in physics at Columbia University, and is co-author of nine books dealing with the scientific investigation of psychic abilities: most recently, ESP. In 1997 Targ retired from Lockheed Martin Missiles & Space Co. as a senior staff scientist, where he developed airborne laser systems for the detection of wind shear. He now pursues ESP research in Palo Alto, California, and teaches remote viewing worldwide.
An Interview with Russell Targ - http://vimeo.com/56568624

The Reality of ESP: A Physicist’s Proof of Psychic Abilities

On February 4, 1974, members of the Symbionese Liberation Army kidnapped nineteen-year-old newspaper heiress Patricia Hearst from her Berkeley, California apartment. Desperate to find her, the police called physicist Russell Targ and Pat Price, a psychic retired police commissioner. As Price turned the pages of the police mug book filled with hundreds of photos, suddenly he pointed to one of them and announced, “That’s the ringleader.” The man was Donald DeFreeze, who was indeed subsequently so identified. Price also described the type and location of the kidnap car, enabling the police to find it within minutes. That remarkable event is one reason Targ believes in ESP. Another occurred when his group made $120,000 by forecasting for nine weeks in a row the changes in the silver-commodity futures market. 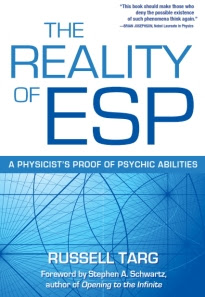 As a scientist, Targ demands proof. His experience is based on two decades of investigations at the Stanford Research Institute (SRI), which he cofounded with physicist Harold Puthoff in 1972. This twenty-million dollar program launched during the Cold War was supported by the CIA, NASA, the Defense Intelligence Agency, and Army and Air Force Intelligence. The experiments they conducted routinely presented results could have happened by chance less than once in a million. Targ describes four types of experiments:
1. Remote Viewing, in which a person describes places and events independent of space and time. For example, while in California Price drew to scale a Soviet weapons factory at Semipalitinsk with great accuracy later confirmed by Satellite photography. In another remote viewing, Targ accurately sketched an airport in San Andreas, Columbia himself.
2. Distant Mental Influence, where the thoughts of the experimenter can positively or negatively affect the physiology (heart rate, skin resistance, etc.) of a distant person.
3. Whole field isolation, where someone in a state of sensory isolation accurately describes the visual experiences of someone else in another place.
4. Precognition and retrocausality, showing that the future can affect the past. That is, the elephant you see on television in the morning can be the cause of your having dreamed about elephants the previous night.
Final chapters present evidence for survival after death; explain how ESP works based on the Buddhist/Hindu view of our selves as nonlocal, eternal awareness; discuss the ethics of exercising psychic abilities,and show us how to explore ESP ourselves. “I am convinced,” Targ says, “that most people can learn to move from their ordinary mind to one not obstructed by conventional barriers of space and time. Who would not want to try that?”

I don't know about you folks, but this sure sounds fascinating!
Hope you enjoyed this week's Treasure. Stay tuned for more Tuesday Treasures, Thursday Thoughts and Saturday Spotlights!
PamT
Posted by Pamela S Thibodeaux at 2:30 AM

Thank you for sharing details about Russell Targ and his latest book. He has had a fascinating life and done groundbreaking research. The book gives us a peek inside that research - it is interesting info whether people are skeptics or believers :) 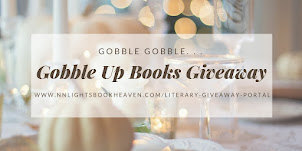