Boy what an exciting week!

Today's spotlight is Awe Struck author, Danielle Thorne and her book The Privateer. 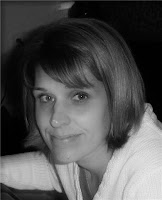 Bio:
Danielle Thorne is an avid writer, genealogist and researcher. In the late 90’s she moderated for the WritersPad community, and enjoyed editing and reviewing for Bookideas. Some of her work has been showcased by Espresso Fiction, Fiction of the Day, StorySouth, The Nantahala Review, Cenotaph, and The Virginia Parent. She won an Honorable Mention in Writer’s Digest 2006 writing competition. Two novels, THE PRIVATEER, and contemporary romance, TURTLE SOUP, will be available at Awe-Struck Books in 2009.
Visit her at http://www.daniellethorne.jimdo.com/

Blurb:
Julius Bertrand secretly privateers for the British Crown. The former pirate thinks a wife will complete his masquerade, until a bounty is put on his head.

The reign of piracy is over in the Caribbean, or so it’s believed until diamonds are discovered in Brazil. Despite the cover-up, Captain Julius Bertrand begins to hear whispers. The Spanish guardacostas are dumping log books, and a new French pirate is on the prowl. Distracted by an avaricious woman he could never love, and the beautiful Kate O’Connell who doesn’t need him, he tries to untangle the web of mysterious cargo someone in the New World wants kept secret. When Bertrand’s pirating past returns with the explosive force of a sweeping broadside, he finds he must sacrifice everything his respectable life has brought him, in order to save what matters most.

Well folks, hope you enjoyed this edition of Saturday Spotlight. Come back every week for a new author!

Until later....take care and Be Blessed!
PamT
Posted by Pamela S Thibodeaux at 2:01 AM

Hey Danielle! Just wanted to stop by and say hi! I love reading about your book!

Have a great day!