#SaturdaySpotlight is on Amanda Wen @AuthorAmandaWen & The Songs That Could Have Been!

June is trucking right along. We went to a Brooks & Dunn concert Thursday night and it was A-M-A-Z-I-N-G! I'll tell you all about it in my newsletter so sign up to receive it now! Meanwhile, let's put the spotlight on our guest, Amanda Wen and her book, The Songs That Could Have Been... 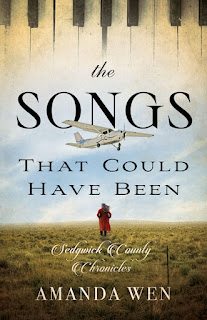 Two couples in love. Two sets of impossible circumstances. One powerful God of grace.
After a tailspin in her late teens, Lauren Anderson’s life is finally back on track. Her battle with bulimia is under control, her career is taking off, and she’s surrounded by a loving family. Then a chance meeting with Carter Douglas, her first love and the man who broke her heart, leads to old feelings returning with new strength. And suddenly her well-balanced world is thrown off kilter.
Now a TV meteorologist, Carter is determined to make amends with Lauren. After all, she still owns his heart. But the reasons they broke up aren’t lost--and those old demons are forcing him toward the same decision he faced in the past. He isn’t sure he’s courageous enough to make a different choice this time around.
When Lauren’s elderly grandmother, Rosie, begins having nightmares about a man named Ephraim—a name her family has never heard before—a fascinating and forbidden past love comes to light. As Lauren and Carter work to uncover the untold stories of Rosie’s past in 1950s Wichita, they embark on a journey of forgiveness and second chances that will change their lives—and Rosie’s—forever. Along the way they’ll learn that God wastes nothing, his timing is perfect, and nothing is beyond his grace and redemption.
The Songs That Could Have Been is full of the same deftly handled, resonant writing that readers and critics alike enjoyed in Amanda Wen’s first book in the series. Fans of Lisa Wingate and Rachel Hauck will add Amanda Wen to their must-read shelves.
The Songs That Could Have Been is book 2 in the Sedgwick County Chronicles and releases on June 21st so no excerpt is available at this time, but let's hear what others are saying about the book...
“There are so many brilliant moments in The Songs That Could Have Been. Amanda Wen took risks that paid off with a treasure trove of themes which will resonate in my heart for a very long time."
– Deborah Raney, author of Bridges and the Chandler Sisters Novels series
“Amanda Wen is a fresh new voice in the Christian fiction arena! Blending well researched historical events with modern-day, relatable characters, she crafts tales within tales that are guaranteed to delight and inspire readers. I highly recommend this inspiring writer.”– Kim Vogel Sawyer, best-selling author of Freedom's Song
“Readers will be swept off their feet by Amanda Wen’s second installment of the Sedgwick County Chronicles....Past and present are deftly woven together in this dual-timeline narrative that will leave readers flying through the pages. The Songs That Could Have Been is the ‘can’t miss’ book of the year.”
– Amanda Cox, author of the 2021 Christy Book of the Year, The Edge of Belonging
"As poignant as it is intricately crafted...this is a reading experience both heartfelt and heart-tugging, a timeless exploration of young and enduring love and the grace found in second chances. Amanda Wen is a rare and remarkable storyteller and this is a novel I will not soon forget." – Amanda Barratt, Christy Award-winning author of The White Rose Resists 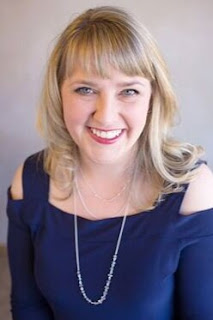 Amanda Wen is an award-winning writer of inspirational romance and split-time women’s fiction. She has placed first in multiple writing contests, including the 2017 Indiana Golden Opportunity, the 2017 Phoenix Rattler, and the 2016 ACFW First Impressions contests. She was also a 2018 ACFW Genesis Contest finalist.
Wen is a member of American Christian Fiction Writers (ACFW) and regularly contributes author interviews for their Fiction Finder feature. She also frequently interviews authors for her blog and is a contributor to the God Is Love blog. She is the author of Roots of Wood and Stone and The Songs That Could Have Been.
In addition to her writing, Wen is an accomplished professional cellist and pianist who frequently performs with orchestras, chamber groups, and her church’s worship team. She serves as a choral accompanist as well. A lifelong denizen of the flatlands, Wen lives in Kansas with her patient, loving, and hilarious husband, their three adorable Wenlets, and a snuggly Siamese cat.
To find Amanda Wen’s blog and short stories, visit www.amandawen.com. Readers can also follower her on Facebook (@AuthorAmandaWen), Twitter (@AuthorAmandaWen), and Instagram (@authoramandawen).
Wow, Amanda The Songs That Could Have Been sounds like another amazing story! Thank you for sharing with us and we wish you the best of luck and God's blessings with it.
Hope you're looking forward to release day for this book, friends. You can pre-order it at Amazon or ChristianBook(dot)com! Read all about Roots of Wood and Stone from Amanda's previous posts HERE.
Until next week take care and God bless.
PamT
Posted by Pamela S Thibodeaux at 8:57 AM
Email ThisBlogThis!Share to TwitterShare to FacebookShare to Pinterest
Labels: Amanda Wen, audra jennings pr, christian historical fiction, christian WWII novels, Kregel Publications, Roots of Wood and Stone, saturday spotlight, Sedgwick County Chronicles, wednesday words with friends

Congrats! Wishing you every success with the new novel.

Wish I could have seen Brooks and Dunn with you! And Amanda, best of luck with your new book. It sounds terrific.

I can't wait to read your latest, Amanda. I'm a brooks and Dunn fan too, Pam.

Congratulations on the book! Wishing you all the best!

My first book with a meteorologist.