#SaturdaySpotlight is on Monique DeVere & The Wedding Favor

Good Morning and Welcome to the last Saturday Spotlight in November 2019!

I'm a little late posting today as for the first time in a LONG time I slept past 4 am LOL! I hope your Thanksgiving was Blessed and Happy and that you're not too worn out from Black Friday shopping. Speaking of which, I'm having a huge Flash Sale on my Tempered series. If you have readers on your list I hope you'll consider getting them autographed, print copies.

Today's guest hasn't visited since 2015 when she shared thoughts with us so please give Monque a huge, SWLA welcome as she gives us a peek into her latest release, The Wedding Favor....

When unlucky-in-love Erin Hart’s workaholic boss asks her to attend a family wedding as his fake girlfriend, hiding her secret crush becomes an impossible task.

A wedding favor for her secret crush…

When unlucky-in-love personal assistant Erin Hart enters her boss’s New York office to resign her job, she doesn’t expect to exit as his fake-girlfriend for an upcoming family wedding. How is she going to keep her crush a secret when she has to share a room… and a bed… with Max for one sizzling weekend in the UK?

Workaholic CEO Max Ferrell understands women only too well: they either want his body or his money. But fiery, sexy Erin is different and recruiting her to help curtail his over-zealous, matchmaking sisters is proving that it’s far more fun to play while you work. Especially when his prim and proper PA helps him to set the sheets ablaze. But falling for her was not in the plan and if he’s not careful, the next wedding might be his own.

Excerpt: “Look out!” A female voice shouted a second before a wave of water hit the top of Erin Hart’s head and cascaded down her body.

Erin squealed, jerking back way too late to avoid disaster. It was just her bad luck to be passing a café awning the moment someone decided to upend the canopy of collected rainwater from last night’s heavy downpour. One minute, she’d been striding along East 23rd Street at 7:15 a.m. trying to work up the courage to resign her job. The next, she stood—shocked motionless—dripping wet in the middle of the sidewalk.

Max Ferrell, CEO of Ferrell Alliance, Inc, the real estate investment firm on Madison Avenue where she worked, had been hijacking her thoughts for the last three years—and especially this morning—leaving her oblivious to the potential hazard ahead.

Clutching her tote with one hand as she worked to catch the breath the sudden splash of chilled water had snatched, she swiped the other down the front of her brown office dress. Did she really hope she would be able to brush the wetness from the material as easily as she would a speck of dust? When her frantic effort made little difference, she shook herself, much like Buttercup—her teacup Yorkshire terrier—would have.

Sensing eyes on her, she glanced at a couple of snickering teenage girls in tight jeans and tighter T-shirts who gave her a wide berth as they passed.

Suddenly aware of the spectacle she was making; she raised her chin, squared her shoulders, pasted on a smile, and forced one sensible-pumped foot in front of the other until the momentum had her fast-pacing it to Ferrell Alliance, Inc.

Of course, she accumulated countless stares on her way, but she’d faced humiliation more than once in her lifetime. By now, it was a piece of cherry pie to her. Even her crush on Max was proving humiliating. How much longer would she be able to hide the fact that he made her heart pound and her insides flutter?

Her cell jingled from deep inside her brown leather tote and she dove for it. Without checking, she knew who was calling. It would be her sister Nicole, wondering whether she’d given Max her resignation. That would be a big fat no. She’d attempted to hand it in several times over the last week but, each time, Max’s reliance on her as his PA got in the way. It was now Monday, the start of a fresh week and she still had the pristine envelope in her handbag. Every time she pictured handing him her resignation it sent nervous sensations and sorrow swirling in her belly.

Her family needed her and, instead of leaving New York and returning to Baltimore to help her three sisters save the family business, she’d allowed her monumental crush on her boss and his dependence on her to stall her. As a result, her sisters were struggling to keep Hart to Hart Restorations afloat without any help from her.

It took four stabs before her wet fingers managed to let her answer the call, while Nicole’s smiling face stared at her from the screen.

“Hi, Nik. Before you ask, no, I haven’t told Max I’m leaving yet. I’ll do it soon. Promise.” Just as soon as she came to terms with not getting to see Max five days a week—sometimes more when she traveled with him on business trips. She was going to miss her job. Miss the business trips and the challenge of being his assistant. But most of all she was going to miss Max.

“It’s not looking good, hon. We could really use your help around here.”

Guilt washed over her right about the same time a speeding taxi sailed through a deep puddle of settled water and she experienced her second dousing of the morning. Dripping wet, she clutched the phone at her side with a death-grip, trying to catch her breath. A bubble of laughter tickled her belly, and she saw the funny side. Here she was, trying to look calm, cool and pristine enough to hand in her notice to Max, only for some wicked, unseen imp to have fun at her expense.

“Erin?” Nicole’s voice filtered through the cell. Obviously hearing Erin’s laugh, which probably veered close to hysteria, had her sister wondering what had happened.

Bringing the phone to her ear, she swiped the back of her other hand across her eyes. “I’ll call you later, Nik.” She cut the call, wishing she could rewind and start her morning again.

Every time she’d ever taken a risk it had turned out to be a huge mistake. Deciding to walk to work today instead of taking a taxi just proved she shouldn’t take risks. She closed her eyes and in that moment the last three years flashed through her mind. What was she doing? She’d meant to lay low working as Max’s PA, desperate to avoid the people who’d witnessed her humiliating experience back home when her fiancé had jilted her on the night of their wedding rehearsal.

All she’d wanted was time to heal emotionally until she was able to branch out on her own and start her dream business of flipping houses. Instead, she’d developed a crush on her boss and now she was putting her futile attachment to him before her family’s needs. Up until now, she’d hesitated, afraid of losing Max. But really, she never had him. He barely noticed she existed. She heaved in a deep breath, then released it on a sigh. Every thought of him came with a painful pinch at his rejection. The only way she would get over her crush was to put as many miles between the two of them as she could. The notion made her heart hurt, but working with Max and knowing he just didn’t see her as more than his assistant hurt more. Being so close to him, yet not being free to do anything about her feelings made her days impossible to bear.

It was time she started taking risks. Time she took back control of her life. And it started with handing Max Ferrell her resignation. 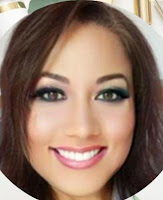 Monique DeVere grew up on a plantation on the beautiful island of Barbados, where her childhood was all about exploring and letting her imagination run free. She moved to the UK as a teen and soon fell in love at first sight with her amazing, strong-silent-type husband. They have four beautiful children, three incredible granddaughters, and one adorable Yorkshire terrier.

Monique writes sweet ‘n’ spicy romantic comedy, and when she isn’t working on the next novel or movie script, she can be found spending time with hubby and family, armchair traveling, creating recipes, reading, walking, gardening, or simply crazy-dancing around the house. Monique loves to hear from her readers. You connect with Monique at her Website | Blog | Newsletter | Amazon Author Page | Twitter | Goodreads | Facebook Fanpage | LinkedIn | Wattpad | Pinterest | Instagram |

Sounds like a really cute story, Monique and we certainly wish you the best of luck and God's blessings with it!

Well friends, hope you enjoyed today's post and that you'll check back weekly for Wednesday Words with Friends and another Saturday Spotlight!

Until next time take care and God Bless.
PamT
Posted by Pamela S Thibodeaux at 8:36 AM

This looks like such a cute story! Congratulations on the new release!

:) Thank you, Jacqyeline. I've been having great feedback from readers.:)

Thank you so much for featuring The Wedding Favor, Pamela! :) :)

Sorry I'm late responding. I LOVE this book so much. It could easily be a RomCom movie. Congrats on the release!!