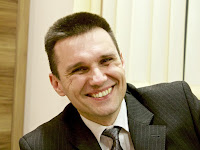 There are 4 Messianic "proof" miracles that Jesus did, which created an unusual uproar among the religious leaders. The Messianic proof miracles are those miracles Jesus did, that the religious system believed only the Messiah could do - these were "special miracles", and Jesus knew that, so, by doing them, He proved to them He was the Messiah:

1). Raised a man from the dead after 4 days (John 11:38-44).
38 Jesus therefore again groaning in himself cometh to the grave. It was a cave, and a stone lay upon it.
39 Jesus said, Take ye away the stone. Martha, the sister of him that was dead, saith unto him, Lord, by this time he stinketh: for he hath been dead four days.
40 Jesus saith unto her, Said I not unto thee, that, if thou wouldest believe, thou shouldest see the glory of God?
41 Then they took away the stone from the place where the dead was laid. And Jesus lifted up his eyes, and said, Father, I thank thee that thou hast heard me.
42 And I knew that thou hearest me always: but because of the people which stand by I said it, that they may believe that thou hast sent me.
43 And when he thus had spoken, he cried with a loud voice, Lazarus, come forth.
44 And he that was dead came forth, bound hand and foot with graveclothes: and his face was bound about with a napkin. Jesus saith unto them, Loose him, and let him go.

The religious old covenant system had a belief that a body could be raised from the dead UP TO 3 days after death, because the spirit lingers around the body, but on the 4th day, only the Messiah could do such a miracle. Jesus did this, and the religious leaders got so mad that they plotted to kill Lazarus (again!).

2). Heal a man born blind (John 9:1-12).
1 And as Jesus passed by, he saw a man which was blind from his birth.
2 And his disciples asked him, saying, Master, who did sin, this man, or his parents, that he was born blind?
3 Jesus answered, Neither hath this man sinned, nor his parents: but that the works of God should be made manifest in him.
4 I must work the works of him that sent me, while it is day: the night cometh, when no man can work.
5 As long as I am in the world, I am the light of the world.
6 When he had thus spoken, he spat on the ground, and made clay of the spittle, and he anointed the eyes of the blind man with the clay,
7 And said unto him, Go, wash in the pool of Siloam, (which is by interpretation, Sent.) He went his way therefore, and washed, and came seeing.
8 The neighbours therefore, and they which before had seen him that he was blind, said, Is not this he that sat and begged?
9 Some said, This is he: others said, He is like him: but he said, I am he.
10 Therefore said they unto him, How were thine eyes opened?
11 He answered and said, A man that is called Jesus made clay, and anointed mine eyes, and said unto me, Go to the pool of Siloam, and wash: and I went and washed, and I received sight.
12 Then said they unto him, Where is he? He said, I know not.

The old covenant religious system had a belief that if someone is born with a disease or deformation, that God would not heal that person. The child was believed to be the result of the sins of the parents. Jesus healed the man, and the religious leaders became enraged, and excommunicated the man from their synagogue! The man later found Jesus in secret and learned what had happened. Only the Messiah could heal a man born blind.

3). Healed leprosy (Luke 17). Under the old covenant, a Jew had never been healed of leprosy, according to Luke 4:27. Naaman, a Syrian was healed of leprosy when he dipped 7 times in the Jordan river, at the instruction of Elisha the prophet. Jesus told 10 leprous Jews to go show themselves to the priests and offer the required sacrifice (according to Leviticus 14). Now, we do not know the rest of the story, of what happened when or even if they went and showed themselves to the priests. In this story, one of them returned to worship Jesus and give glory to God, and Jesus stated that all 10 had been healed. Only the Messiah could have done such a miracle of healing of leprosy, not using Leviticus 14, but demonstrating the power of God. Jesus was confronting a system that was dying, and showing them a new and better (living) way.

4). Cast a demon from a man who was deaf and dumb (Matthew 9:32-34 and Luke 11:14).
32 As they went out, behold, they brought to him a dumb man possessed with a devil.
33 And when the devil was cast out, the dumb spake: and the multitudes marvelled, saying, It was never so seen in Israel.
34 But the Pharisees said, He casteth out devils through the prince of the devils.

The Pharisees cast out demons by demanding the demon’s name. Well, if the man cannot hear or talk, then they cannot get the name from him. Only the Messiah could do such a miracle. Rather than admit He must have been the Messiah, they insulted Him by saying He cast out devils by the Prince of Devils. Hence, the blasphemy against the Spirit.

For more about the way Jesus did things, please order a copy of The Four in One Gospel of Jesus - which shows each of the stories of Jesus in their fullness and in chronological order. For more information, please visit: www.thefourinonegospelofjesus.com  Watch the video HERE.

About the Author: In 1992 Nikola Dimitrov experienced a miraculous conversion, receiving Jesus as his Lord and Savior. Since 1995 he has been a full-time minister of the Gospel, serving as pastor, Bible teacher, preacher, and Christian educator. He started his first church in 1994, which is still standing today, and in 1998 he began his traveling ministry. Nikola is currently pastoring several church groups in Bourgas, Bulgaria and is frequently sought out as a speaker around the country. He also serves as a Bible teacher at the Apostolic Kingdom Institute in Stara Zagora, Bulgaria.

As editor-in-chief of Vetil Media Ministry, Nikola has translated and published more than thirty books into Bulgarian, as well as writing some himself. He then encourages his congregations to take responsibility in word and deed toward that end. As a translator, Nikola has also produced and distributed around the nation nearly 1000 Bulgarian versions of audio and video teachings by famous foreign preachers and teachers.

As part of a charity in Bulgaria, along with other volunteers, Nikola takes care of needy people from the minorities, distributing clothes, food, medicine, and school materials to children.

Nikola is married to Helen, and they have two lovely young-adult daughters, Annie (which means grace) and Mikaela (which means who is like God?). Both are part of Nikola and Helen’s ministry, serving in the area of music.

Fascinating post! I definitely believe in miracles. I never knew all of these details. Thank you so much for sharing!