Good Morning and Welcome to another edition of Saturday Spotlight!

Today's guest is Loreen Augeri with her book, Tormented Hearts. 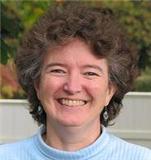 Loreen Augeri  lives in Massachusetts with her husband of twenty-nine years and her two daughters.   She is a member of RWA and the New England Chapter. When she is not writing or working in the town library, she enjoys reading, walking, and spending time at the beach.  You can visit Loreen at www.loreenaugeri.com.

The world of Brett Armstrong, the Earl of Tremont, collapses when his wife and unborn child die. Determined to punish himself for the part he played in their demise, he turns his back on society and retreats to the country. Hard, physical labor during the day and mind-numbing gin at night help to keep at bay the demons that threaten to devour him. Until Catherine Hammond creeps into his world. Not wishing to resurrect his dormant emotions and the resulting pain, Brett struggles against the sensuality she exudes and battles to defeat his rising desire.


Abused by her aristocratic husband, commoner Catherine Hammond flees from his cruelty. Her hope is to hide and create a new life. She vows to never again associate with the upper classes that have heaped unbearable pain upon her family. Escaping without funds, Catherine is forced to work as a servant in the Earl of Tremont's household. His tantalizing, amorous advances ignite a fire within the cold regions of her heart, but she refuses to fall in love with a man who may destroy her.

Excerpt: As she stalked past him, his fingers grazed her shoulder to halt her. A sizzling warmth pierced her skin and swirled throughout her body. Catherine restrained the gasp that fought to break from her lips. She’d prayed the sensations she experienced last night resulted from the lingering effects of the dream and lack of sleep, but they seared her again.

Brett jerked his hand back as if she scalded him, and it hovered in the air above her shoulder. Unsure, she turned to him. The pulse in his temple beat at a frantic rate, and the muscles in his jaw clenched. It affected him, too. She delved deep into his eyes, and the turmoil that appeared to tear him in different directions caught and captured her.

She yearned for the heat of his fingers to engulf her again, to feel his body pressed against hers like last night, the whisper of his breath on her cheek, the exquisite thrill of not being alone. Her gaze fell to his appealing, moist lips. Not thin and dry like Lord Wallingford’s.

Brett leaned toward her and then withdrew. He swallowed, and his Adam’s apple bobbed before he cleared his throat. “You can stay here with him.”

She blinked as the strange immediacy to be embraced faded away. What had she been thinking? She never wanted another man to touch her. Ever. Especially not one of his station.

Tormented Hearts is available from The Wild Rose Press in Ebook and Print ~ get your copy today!

Until later...take care & be Blessed!
Posted by Pamela S Thibodeaux at 2:01 AM

Hi Loreen,
Great excerpt. My To Read List has just grown by one. I love the dark tormented heroes in these period stories.

Hi, Loreen,
I love the premise of your story. Who doesn't love a tortured hero? I look forward to reading this story.

Sorry I haven't got back to everyone sooner. I have been in Connecticut all day and I just got back. Thank you Margaret, Mia, Kenna, and P.L.Parker for your kind words. They are very encouraging.If you read Tormented Hearts, I hope you enjoy it.

Its very nice blog and great service.I found so many entertaining stuff in your blog,especially on this post. Keep up the good work.
Offset Printing Services