Well the writing retreat in Nacogdoches, TX I talked about on Wednesday was a great time. I doubled my word count on the current WIP. One friend met her goal of 10K words added to hers and the other finished and published a short story as well as added to her overall word count also! I absolutely love getting together with writers to actually write. Of course we took regular breaks to visit and brainstorm or simply get away to rest our minds but then we were right back at it and it paid off. Alas, now we're back to our normal routines juggling life and writing. But hopefully the inspiration will carry us through to completion of our individual projects.

Enough about me though!

Our guest has visited before, both on Wednesday Words with Friends AND in our Spotlight so I'm turning the blog over to her now. Take it away Shirley..... 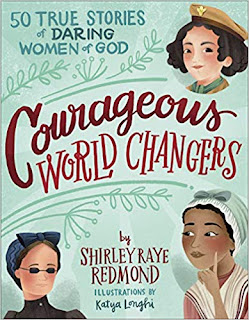 Faithful Christian women are salt and light in their communities. They all make a difference. But some have such a vibrant faith that—like a stone tossed into a pond— their influence ripples throughout the world. The fifty women included in this book fall into that category. Each took seriously Jesus’ words in Matthew 28:18 that, "All authority in heaven and on earth has been given to me.”

Blessed with a variety of talents from writing and preaching, to teaching and nursing, these women used their gifts to glorify God. From aviators and athletes to musicians and mathematicians, many of them forged their faith in the fires of persecution, prejudice, and pain.
Several entered the mission field. Others took their faith into the world of politics and medicine. They were (and are) strong, smart, and sometimes outspoken. They recognized Jesus as Lord of everything—from arts and sciences to education and athletics. Brief cameos include Corrie Ten Boom, Mahalia Jackson, Harriet Tubman, Harriet Beecher Stowe, Sabina Wurmbrand and Ni Kwei-Tseng Soong and 44 other inspiring women.


Excerpt: Brave and adventurous at an early age, Elisabeth Elliot was only twelve when she prayed, “Lord, I want you to do anything you want with me.” She attended Wheaton College, where she studied classical Greek, hoping to translate the New Testament for unreached people groups. She married Jim Elliot in 1953. They joined four other families on the mission field in Ecuador.

While living with the peaceful Quecha tribe, Jim attempted to make contact with the Waorani—a violent tribe known for their revenge killings. Neighboring tribes called them Aucas or savages. When Jim and four others were killed, Elisabeth insisted, “This is not a tragedy. God has a plan and purpose in all this.”

Together with Rachel Saint, the sister of one of the murdered missionaries, Elisabeth took her toddler Valerie to the Waorani village, where they lived for two years in a tiny rain swept hut, eating roasted monkey limbs and other local fare. She hoped by forgiving those who’d killed her husband, she might teach them about God’s mercy and grace. Her courageous faith won several in the tribe to Jesus and inspired millions of Christians around the world. When

Elisabeth returned to the United States in 1963, the Waorani were no longer a violent culture. Elisabeth married again and began her speaking ministry across the United States. She also wrote twenty-four books, many of them inspirational bestsellers. Today, the tribe she evangelized continues to grow in the Christian faith.

Born a slave in Maryland, Amanda was one of thirteen children. Her parents were married, but lived on different plantations. Devout believers, they raised their children to love Jesus. At thirteen, Amanda performed the tasks of a housemaid. She was fifteen when her father purchased her freedom. Together they moved north to Pennsylvania.

Amanda married at seventeen. She endured poverty and hardship. Her husband enlisted in the Union Army during the Civil War, but never returned. Four of her five children died as babies. Her second husband died from cancer. Each tragedy drew her closer to God.
When Amanda began her preaching ministry, she joyfully distributed Bible tracts on street corners. She sang at revivals. For forty years, both black and white Christians invited her to preach at their events.

Amanda became instrumental in the Women’s Christian Temperance Union and helped to establish the National Association of the Advancement of Colored People (NAACP). Despite her popularity, Amanda felt the sting of racism, saying, “I think some people would understand the quintessence of sanctifying grace if they could be black about twenty four hours.”

As her reputation grew, Amanda evangelized in Great Britain and India. She served as a missionary in Liberia in Africa for eight years. After returning to the United States, she raised funds to build an orphanage for destitute black children in 1899 in a small town near Chicago—the first establishment of its kind. She worked tirelessly for the rest of her life to support the orphanage. 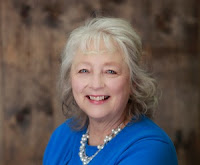 Her children’s book, LEWIS & CLARK: A PRAIRIE DOG FOR THE PRESIDENT (Random House) was a Children’s Book of the Month Club selection.

Shirley Raye holds an M.A. in literature and has been married to her husband Bill for over forty years. They live in New Mexico and are blessed with two grown children and four precious grandchildren. Touch bases at shirleyrayeredmond.com or Facebook.

Get your copy of Courageous World Changers at Amazon, B&N and Christian Book.com

Wow, Shirley, these sound like some very interesting stories! Good luck and God's blessings with the book!

Hope you enjoyed the post friends and that you'll check back each week for Wednesday Words with Friends and another Saturday Spotlight.

Until next time take care and God bless.
PamT
Posted by Pamela S Thibodeaux at 7:33 AM

I loved this book! You sure have an inspiring book, Shirley.

Sounds amazing. The Elliott's are a wonderful example of a Godly couple and Elizabeth a study in forgiveness. D. V.

How wonderful to see a book filled with uplifting stories! Congratulations!

Inspiring is certainly the word.