#SaturdaySpotlight is on Stanley (S.P) Brown and The Legacy! 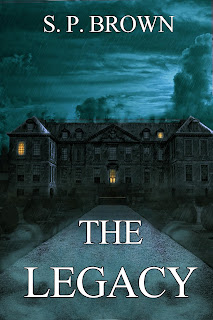 Harry Black has a curse he doesn’t understand, or could it be a gift he can’t escape? He’s the last heir of a dying clan, but there’s a problem. To inherit, he must fulfill the only stipulation in the will—accept the Black family Legacy. After seven weeks of the same nightmare, Harry is desperate to see a psychologist to be “cured.” But instead of help at the hands of Dr. Virginia Rankin, Harry falls headlong into the legacy’s grip when he experiences an ecstatic utterance and inexplicably reveals information to her that he couldn’t possibly know.

Shocked that this stranger has knowledge of her family’s dark secret, Ginny makes a frantic call to her brother. The call makes the Minority Whip of the US Senate late for a meeting at a world economic summit in DC, delaying him long enough to avoid a terrorist bombing that kills two other senators and dozens more innocent people. By saving the life of Dr. Rankin’s famous brother, Harry has also sealed his own fate. Wanted or not, the Legacy has finally come to him.

The air shimmered where the surf reached the zenith of its climb up the beach, as though a sudden blast of heat had radiated from the bowels of the earth. Arie Peeters materialized and checked the GPS in his watch to confirm his location. A stiff wind blowing in from the Gulf of Oman peppered his white shirt with spray. He didn’t care. He wouldn’t be stuck in this shithole very long.

The cry of gulls filled the air as Peeters got his bearings. He turned east and let his senses drift out. In a moment, his own working wafted to him as a combination of smell and touch. He threw his cigarette to the sand and lifted his head higher, arms spread and extended from his body. He couldn’t see them, but his contacts were there in the dark, waiting about a hundred meters off. The cigarette’s dying embers vanished as a flood of lights from several motor vehicles backlit the silhouettes of three men. More Jihadist bastards were near, just over the dunes to his right, but he didn’t need his special ability to know this. He expected nothing less of his three contacts. They would make sure he’d come alone. He chuckled, imagining the confusion of the watchers as they puzzled over how he had gotten ashore.

Peeters dropped the bag containing the cash just out of reach of the surf. The message was clear. He would go no farther. His three contacts gave each other sideways glances and started toward him at once. The money was a powerful draw, an inducement to get them here. It would give them something to inspect. The promise of ten million more would keep him safe from any treachery these three might hatch.

It had taken too long to piece this part of the operation together, almost a year of bribing and plying them with sex on the yacht, waiting for him far enough off shore to remain unseen. He’d convinced these three principals they would be needed, not their underlings. It had also taken a fair amount of aeromancy to pull it off, but he had managed it with his own power.

Sounds like another hit, Stanley! We certainly wish you the best of luck and God's blessings! 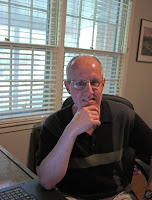 Nothing fascinates me like writing, creating stories, or sub-creating as JRR Tolkien referred to it. And, of course, to write and write well, one must read widely. It started early in my life and continues to this day. But, long before I began writing stories, I was working long hours as a college professor, squeezing in time whenever I could find the time to work my hobby—which I began in earnest almost 20 years ago.Readers can find me at the following locations....Twitter @StanleyPBrown, Website, Amazon Black Opal Books andFaceBook

The Legacy can be found at B&N, Kobo and Smashwords

Hope you enjoyed today's spotlight and that you'll check back weekly for Wednesday Words with Friends and Saturday Spotlight!

Until next time, take care and God bless.
PamT
Posted by Pamela S Thibodeaux at 5:47 AM

Wow, sounds like a compelling, imaginative story. I enjoyed the excerpt. Congrats and best wishes!

Wow. This sounds like a great book. The first line of the blurb drew me right in. Good luck to you!

Thank you Alicia and Kara, hope you will get the book. If you do, let me know if you liked it.
Stan

What a great, intriguing blurb! Best of luck with this book!

Fascinating. Wishing you much success. 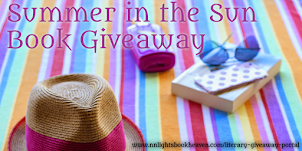