Please join me in welcoming back, Keena Kincaid with her book, Art of Love!

Keena grew up on an Ohio farm slightly to the left of nowhere and learned to read by picking words out of an old history book that vividly recounted the past through short stories centered on children of the age: The Grecian slave boy. The girl from Pompeii. The knight’s squire in England.

The stories stayed with her. After honing her writing skills as a newspaper reporter and editor, she switched to public relations and began writing fiction. When not working or writing romance, Keena regales her niece and nephews with stories of quick-thinking ladies, mathematically challenged knights, and ill-mannered dragons that chew with their mouths open.

Abigail d'Alene has been sinfully in love with learning all her life. Now a widow, she has the means and freedom to indulge in her passion. Pretending to be Abelard, a fifteen-year-old boy from an outlying village, she heads to the Latin Quarter of Paris and the abbey schools that will one day change the world.

Shocked by her ineptitude at masquerading as a boy, Alain of Huntly Woods takes the young “Abelard” under his protection until she recovers her sense and goes home. But her audacity, intelligence and refusal to compromise spark enough friction between them to burn through his cold logic and carefully laid plans. In Paris as a spy for Henry II, Alain has sold his soul to the Angevin devil in exchange for the king's promise of an heiress, land and power.

As his good intentions bring him unexpected passion, he struggles to find a way to have it all. Then he discovers Abigail's uncle, confessor to King Louis VII of France, plots against the English king, and Alain must choose between protecting his king or the woman he loves beyond all reason.

Excerpt:
Abigail blinked against the cold, sickly morning that invaded the room. Frost coated the broken windowpane, and a draft eased its way inside, as unwanted as the dawn. The air that bit at her cheek smelled faintly of smoke. Pulling the blanket over her face, she burrowed into the solid warmth beside her. It shifted slightly, threw an arm around her waist and pulled her against hot skin and solid muscles.

Abigail jerked fully awake. Her stomach pitched as she remembered where she was, who she was with, and what they had done. Mon Dieu, what was I thinking? Lifting Alain’s hand from her waist, she edged away from his embrace and sat up. The frigid air rushed over her shoulders, shocking her skin. A sleepy groan sounded to her left, and the arm returned to her waist.

“Good morrow,”€ Alain said in a raw voice. He blinked at her with a warm, sleepy expression that invited her to repeat last night. “How did you sleep?”

“Well.”€
Something in her voice erased the easy smile. Slightly more awake, he propped himself up on an elbow. The left side of his face was bruised, marred by the cut and traces of blue paste.

She looked at the wall behind the headboard, then at him. His intense silver gaze never left her face. “Abigail?”

“Nothing. Everything.”€ Her stomach knotted and twisted. She had a lover. She’d never had a lover before, and now she had one. She had no idea what that meant or why her thoughts kept tripping over hidden fears that this would end badly. Maybe not banished to a convent badly, but badly all the same. “We should not have done this,” she whispered, barely aware that she spoke as her mind tried to catch the supple fright that congealed her blood. “What were we thinking?”

“Thinking does not accompany passion if you do it right.” He sat up and raked a hand through his tangles. The blanket pooled around his hips. He was naked. As was she, she realized. His gaze felt like a beam of light on her bare body, exposing legs, breasts, and belly. She reached for the blanket, still soaked with his heat. “Really, Abigail, there is no need to blush like a virgin.” His eyes went from warm to icy. “Obviously, we have both done this before.”

Hope you've enjoyed this week's Spotlight - check back next week for another special guest!

Until later....take care, Be Blessed and remember.....the power of life and death are in the tongue....what are you saying?

Posted by Pamela S Thibodeaux at 2:01 AM

Awesome blurb and perfect excerpt! I am very intrigued.

What a lovely excerpt, Keena. I don't write historicals but I love to read them to relax. Yours looks like a must read and enjoy.

What an intriguing excerpt, and an absolutely beautiful cover. I love reading historicals, and this sounds like one I would really enjoy.

Love the cover and the excerpt got to me. Good luck!!

KEEN--"Thinking does not acommpany passion, if you do it right." I love that line--very clever. Celia

I don't usually read historicals but both your author background and your blurb and excerpt were indeed intriguing so maybe I have to check it out! Mary Kennedy Eastham, Author, 'The Shadow of a Dog I Can't Forget' and the upcoming novel, 'Night Surfing'
website: www.RP-Author.com/MKE

Thanks for the comments, everyone. I meant to be around more today, but I took an unexpected nap, which lasted several hours and included dreams of Alan Rickman and a walk-in freezer filled with fish.

I love the cover, too. I think it's beautiful. And the awkward afterward scene is one of my favorite.

I love historical fiction.Thanks so much for the interview, the book sounds great.
Jen

Hi Keena
I love this book, and I own a copy! So nice to see a pic of you and to read your bio. You had an interesting childhood. My first reading material was the Dick, Jane, and Spot books. "See Spot run. Run, Spot, run." Bor-r-r-r-ing

As you may remember, I actually WON a copy of your book, and I LOVED IT. Your writing style is just so thoughtful and thought-PROVOKING, and I really enjoy that in a book. Your characters were realistic and the dialogue was very well done. I'm looking forward to reading your other books SOON. I love this excerpt, too--she is so awkward with the idea of having a lover, and I found that totally endearing, after having been married and not ever having LOVE.
Cheryl

I love the cover - very eye catching. It's a nice interview. A good excerpt. It captures the flavor of your writing, Keena.

Celia beat me to it--I LOVE the line, “Thinking does not accompany passion if you do it right.” Wow.

TWRP puts out such beautiful covers--you must be thrilled with yours.

Keena, I'm still anxious to grab time to read this! I love every excerpt I've read.

Wow! Thank you ALL for stopping by to support Keena & the Sat. Spotlight feature!

Stay tuned EVERY week for another great author and his/her book! 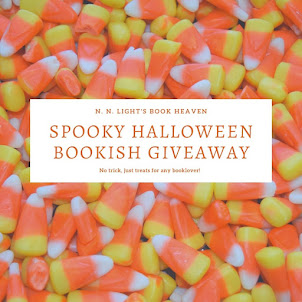 October 1st - 31st Click on pic to enter the Giveaway!
Check out all the great titles in the October Spooky Halloween Bookish Giveaway HERE!