You may be wondering where I've been and why I haven't posted in a while. To be honest, I was teetering on the edge of burnout so I had to take a break.

If you look at my Schedule of Events for May, I was busy, busy--too busy. June's schedule is a lot lighter and I think I'll keep it that way.

Burnout is not fun but when I'm doing what I love most -writing, editing, promoting-I tend to get carried away and push myself to the extreme.

Tempered Joy is in production and I'm hoping for a release date and cover soon!

I've resumed the 2nd round of edits for The Visionary, hopefully those'll go smoothly and that book will go into production by the end of Summer or early Fall.

That's about all for now.

Until next time...take care, God Bless and remember...when the going gets tough the tough go to God.

PamT
Posted by Pamela S Thibodeaux at 3:29 PM No comments:

What Can BROWN Do?

Bet you're wondering about the subject line/title of this post LOL!

No, I'm not talking about UPS, I'm talking horse racing.

Anticipation sparks, hopes rise, dreams resurrect....After 2 jewels in his cap, can Big Brown follow through? We he, after 30 years, be the next Triple Crown winner?

Guess we'll see in the Belmont Stakes on June 7th!

PamT
Posted by Pamela S Thibodeaux at 6:38 AM No comments:

Is it Christian or is it Inspirational?

Is there a difference between 'Christian' and 'Inspirational' romance?

Many people use the terms interchangeably, but as an author of "Inspirational with an Edge!" romantic/women's fiction - there is a difference.

Join me on the Cata Network Writers Loop, May 12 - 14 for an in-depth discussion on the differences between a 'Christian' and 'Inspirational' romance novel.

You must join the loop to participate: http://groups.yahoo.com/group/CataNetwork-Writers/?yguid=168802865

Hope to see you there!

PamT
Posted by Pamela S Thibodeaux at 6:15 AM 1 comment:

Listen to My LIVE Radio Interview!

If you've checked my Schedule of Events lately, you'll know that last night, Thursday, May 8th I was interviewed on "Today's Author."

If you didn't get a chance to listen in...here's your chance!


Here is the link to the show: http://www.blogtalkradio.com/ewenprime/2008/05/09/Author-Pamela-S-Thibodeaux-Temperd-Hearts-Tempered-Dreams-Tempered-Fire

Enjoy!
PamT
Posted by Pamela S Thibodeaux at 6:16 AM No comments:

As promised a sneek peek into Debby Allen's book, Hibiscus Bay from The Wild Rose Press!

Blurb: 'Exhilarating sex with an Arabian millionaire is the last thing Ashleigh Brennan expects after an illicit affair with her boss leaves her unemployed and without dignity. She vows never to be misled by first impressions again—until she meets wealthy, handsome Remmao Kamal. He’s full of passion and eastern promise—but for how long?It’s hard to believe that this wealthy bachelor isn’t married, but his playboy lifestyle aboard his yacht has had its repercussions. After a succession of harbor pickups, his misjudgement of a lover’s intention put his life at risk. Since then, he has been determined to put his womanising days behind him—until Ashleigh walks into his life.Their sexual attraction is immediate and the temptation for Remmao to break his vow of harbor celibacy is as strong as Ashleigh’s desire to protect her heart. But will a one-night stand with no commitments be enough for them?''If blue skies, hunky foreign guys and glistening seas float your boat, then you'll love this romp on the beach romance that will leave you searching for your 'passport to paradise!'

Excerpt:
"Remmao, I…" she interrupted, but words failed her. She knew what she wanted to say, but to say I love you would sound ridiculous.

He noticed her discomfort and, gently withdrawing from her, he picked up their clothes and carried her into the sea. It was soothing upon their scorched skin and cooling on the sensitised surfaces of their bodies.

"What were you going to say to me?" he asked her."

Remmao frowned, but before he could speak, she halted him. "All of this," she smiled, gesturing to the bay with its surround of hibiscus flowers, "and everything you have shown me will forever have a special place in my heart. I don’t know how to thank you."

"You did it out of habit," Ashleigh corrected, averting her eyes.

Remmao held her chin and turned her face toward him. "Is this what all the tears are about? Because you thought I did this out of habit?" Remmao shook his head. "All this has not been because of habit."

"It’s what you do." Ashleigh shrugged.

"What I did! How do I know that you are not reliving the feeling of a man’s urgency? You know that I am crazy for you!"

"Are, are you?" she stammered.

Ashleigh looked back at the bay. "You have made all my dreams come true, Remmao…except for one."

He took hold of her face and frowned."I cannot keep you."

She shrugged, then released herself from his arms and stepped away, dressing herself beneath the water.

"You do not believe that I am crazy for you?" he insisted."What has happened between us is all so sudden, all too…you’ve done this many times before. It’s easier for you to say goodbye."

"Goodbye? Wake up to reality, Remmao," she pleaded. "Soon, you won’t even remember me. I will just be a memory…like all those other girls you…"

"No!" he intervened. "We will see each other again. We have to!"

"When? How will I find you when you spend most of your time cruising or…or in harbours?"

"You will not find me," he murmured. "I do not know where I will be from one day to the next."

"But I will find you," he gently reassured her.

She let the waves silently roll over her shoulders before beginning her swim back to the yacht.

"Ashleigh!" Remmao shouted after her. But he couldn’t stop her. Although her stroke was strong against the incoming waves, she was beginning to struggle to keep the pace. Remmao could see exhaustion setting in but, as much as he shouted after her, she continued to swim with all her strength."Ashleigh, slow down. You will lose your energy too fast." But she continued to struggle, choking on seawater as she continually sank and then swam again."For goodness sake!" Remmao growled as he hauled her into his arms.

"Let me go!" she fought, but gave up the fight more quickly than she had anticipated.

Swimming back with her in his arms, Remmao helped her on board.

For more information on Debby Allen and her books, visit her MySpace her One of her Blogs.

Well Friends, that's about it for now.
For information on where you can find me this month, check out my Schedule of Events.

Until later....take care and God BLESS!

PamT
Posted by Pamela S Thibodeaux at 4:44 AM 2 comments:

As you can tell it's been a little over a week since I posted and I must say, it's been a busy one!

Between 4/27 and 5/3 I moderated The Wild Rose Press' reader loop and although I had a ball, doing so took up most of my spare time and all of my free energy LOL!

Then, we had family come in from Ohio to attend a wedding. Saturday was Bayou Writers monthly meeting, after which I had a birthday party and said wedding. Unfortunately I missed the Kentucky Derby, but from what I've heard it may be better that I did. It hurts my heart to hear of a horse having to be put down.

If you check out my Schedule of Events, you can tell I'll be busy all month this month. This shows the promo events lined up...what it does not show is that May 10th I'll be travelling to Nacogdoches, TX for my son's gradutation, on the 16th hubby and I are travelling to Odessa, MO to visit family.

So, not only a busy week, but a busy month!

Debbie is an Author for The Wild Rose Press, a Reviewer for Simply Romance Reviews and an Interviewer for The Author Interviews Promotion Blogspot so check back and see what her book is all about!

Until then....God BLESS you All!

PamT
Posted by Pamela S Thibodeaux at 5:22 AM No comments: 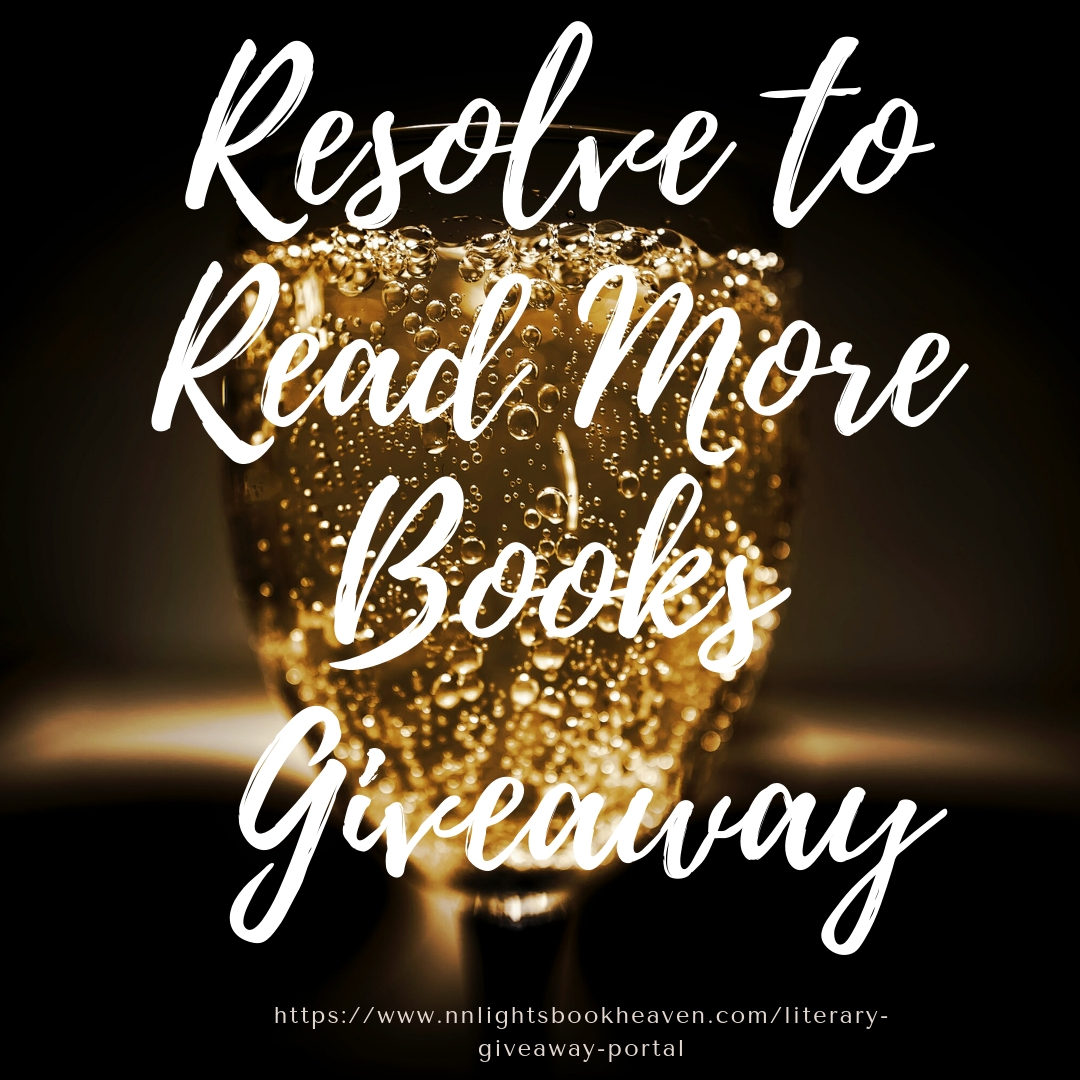