#SaturdaySpotlight is on Carol Raj & Charlotte Masterson Gets A Life!

I'm home! For the first time in over a month I've slept in my own bed and am sitting at my own desk. Electricity, water and cable have been restored and I am home. Guess Dorothy was right when she told ToTo.... There's no place like home. 😄

Today's guest has visited once before with the first of her YA books. Today we get a peek into her latest so please welcome Carol Raj back with Charlotte Masterson Gets A Life! 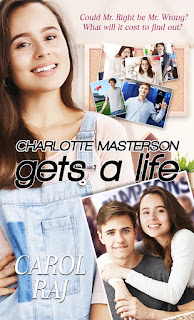 High school sophomore Charlotte Masterson isn't smart enough to be a nerd, musical enough to be a band geek, or pretty enough to be popular. But when the handsome quarterback unexpectedly asks her out, she becomes part of the in crowd. It's every girl's dream come true.

Too bad she still has to depend on good old Rodney, teachers' pet, for rides. Too bad her mother is so unreasonably strict. A ten PM curfew? Just because she lied? It's not fair.

But maybe there's more to other people than Charlotte realizes. And maybe she doesn't even know everything about herself. When Charlotte Masterson gets a life, life gets interesting.

“It’s your own fault, Charlotte.” Mom’s digging wet clothes out of the washing machine.

My fault? How can she possibly think that?

“There’s no but Mom.” She throws the clothes into the dryer like she’s pitching fastballs.

I understand that lying’s wrong. I didn’t like that Rodney lied to me about band practice. But when it comes to my mother, lying is the easiest way to avoid conflict.

“But Mom, Saturday night there’s a party for the football team. It doesn’t even start until eight. How can I be home by ten?”

“You should have thought of that before you broke the rules.” She slams the dryer door shut.

“But all the football players will be there. All the cheerleaders. All the cool kids.”

As long as I’m dating Tony, I’m in the cool crowd. I shrug.

“Will there be beer at this party?” Mom pushes the dryer’s start button.

The clothes start going round and round just like my thoughts. How can I answer that question? If I say yes, I’ll be grounded. If I say no, I’ll be lying. I’m almost certain there’ll be beer. “If there is, I won’t drink any. I promise.”

“Maybe. I don’t know. Nobody discussed the eating and drinking arrangements with me.”

I should not have said that. Not in that tone of voice. But it’s too late to take it back. 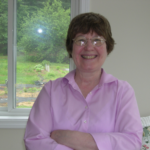 Carol has been writing for many years. Mostly articles and short stories for children. She is a member of American Christian Fiction Writers (ACFW) and lives with her husband of more than 40 years in beautiful New England. Find out more about Carol by visiting her website and connecting with her on Face Book and Good Reads.

Thanks for sharing your new book with us Carol! We certainly wish you the best of luck and God's blessings with it.

There's been so much going on friends, I haven't picked a gift card winner for September yet, but that will be announced on Wednesday so be sure and stop by.

Posted by Pamela S Thibodeaux at 6:16 AM

Congratulations on your new release! Love the excerpt.

I can see my daughter enjoying this too.