Welcome Friends to another Spring Fling Romance post, this one by the founder of this promotion group, Tina Gayle. 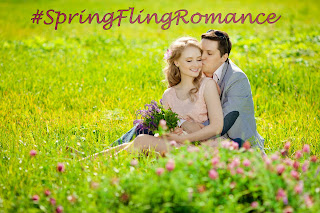 I love the nature’s slow rebirth from brown to green.

The sound of the peaceful silence of winter turning to the soft melody of birds singing to the joyous sound of life.

Flowers dancing in the wind, attracting the butterflies and pollenating the future.

The refreshing rains that sparks new buds to form on once bare trees.

All the wonders of spring remind me of the new opportunities out there to be the best I can be.

Have a great spring and a wonderful summer. 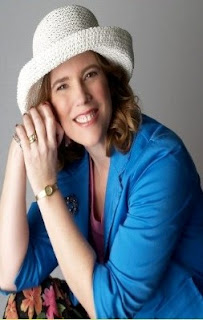 Tina Gayle grew up a dreamer and loved to escape into the world of books.

After years of working in the business world doing a variety of jobs, she decided to try her hand at writing and hope to incorporate the joy of being a woman into her books.

Married twenty-five years, she and her husband love to travel and play golf.  She can’t wait for Mike to retire so they can do more of both.

Read the first chapter of any of her books by visiting her website. 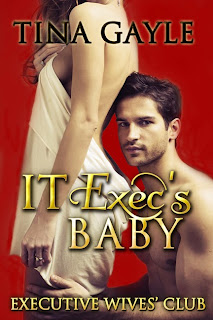 Brie Sullivan has a new baby girl and there are a million things to do, but Brie doesn’t have the energy to keep up. Why? She’s still grieving for her husband and suffering from baby blues, but she won’t let that stop her. She’s come up with the answer--find a new husband to be the father of her kids.

Jason Clark has been doing everything he can to help Brie. He loves her but can he accept her proposal of marriage knowing she’s not thinking clearly about the future?

“IT Exec’s Baby is almost a love story in reverse. The marriage comes first, then the sex, and finally the love - at least from Brie's point of view. It is tender and poignant at times, and full of strong descriptive passages.”

“What I love about series books. Every book gives you more about the characters that you've fallen in love with during the first book.”

“IT Exec’s Baby is a riveting story of a woman with numerous problems.”

Excerpt:
With the warmth of the sun beating down on her head and the sound of her children’s laughter ringing in her ears, Brie spread her arms and spun in a circle.

She raised her voice and called to her kids as she walked to the railing of the upper deck. “You better find a good hiding place because ready or not here I come.”

With Isabella down for a nap, Brie drew in a deep breath, enjoying the fresh air and the freedom from being stuck inside the house. The kids had convinced her to play with them outside. She loved the easy game of hide-and-go-seek. Glancing over the rail, she scanned the backyard, searching for Ethan’s and Allison’s young forms.

A giggle sounded from below the deck.

Brie stepped down a few stairs to search the patio below. Still unable to catch a glimpse of her children, she continued down the staircase, listening for sounds that might give her a clue to their whereabouts.

Not seeing either one of them, she hugged the back wall and silently slipped to the corner of the house that had concrete steps, which led to the front yard.

Determined to catch one of her kids heading for home-base, Brie refrained from peeking around the corner. The squeak of a tennis shoe alerted her to someone’s arrival.

Ready to grab them the minute they rounded the corner, Brie stayed out of sight. A shadow fell across the patio, and Allison’s young form raced past.

Jumping out to grab her, Brie touched her daughter’s shoulder.

Allison’s wail of surprise vibrated off the bottom of the deck and pierced through Brie’s brain. Undeterred by the noise, she caught her daughter’s arm and spun her around.

Read the 1st chapter at http://www.tinagayle.net/BirthChpt.html

Until later...take care, God Bless and Have a Wonderful Spring-filled day!
PamT
Posted by Pamela S Thibodeaux at 2:30 AM