Well Friends, the Christmas rush is over but since many continue their celebrations into the new year, I thought I'd share a much lighter Christmas story with you today.... 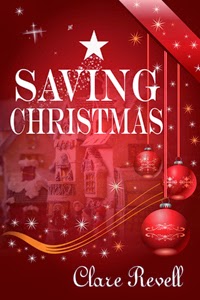 Rather than do the expected thing, Christmas Daniels, pursued a high powered career in London, flying across the world, never being home long enough for anything. When her father is taken ill, she returns to Hollies Christmas Emporium, an all year round Christmas shop to run it in his absence.

Matt Pringle, store artist and accountant, doesn't make a good impression on his new boss when he accuses her of stealing his parking space. Wanting to make up for it, he tries to impress her, but ends up falling for her instead.

When the store is threatened with closure, Christmas, who insists on being called Chrissie sacrifices everything to try to save it. A committed Christian, Matt knows that Chrissie needs saving just as much. Will their growing attraction help Matt save Christmas before it’s too late?

Extract:
Taking a deep breath, he stuck out a hand. “Can we start over? My name’s Matt Pringle. It’s a pleasure to meet you Miss Daniels. How’s your father doing?”

Her hand was cool, yet her touch burned him. “It’s Chrissie, please. I called earlier and they said he had a good night. I can go in at two. Now this parking space of yours...”

“Sure.” Chrissie flopped down at the desk. Matt looked at her. Her skirt was wet, her shoes ruined and she looked exhausted. Her blue eyes and black hair looking almost bedraggled, if eyes as lovely as hers could look bedraggled. She was the most amazing woman he’d ever seen.

Matt turned and left the office, almost colliding with Grace and a tray of tea and biscuits as he went down the corridor. “Sorry, Grace. Say, what do you know about her?”

“Chrissie? Known her for years. She hates her name with a passion. Her parents expected her to run this place when she graduated, but she chose a partnership in a large firm in London instead. Shame really, the job changed her, she doesn’t have time for anything anymore.” Grace smiled at him. “Trust me, not even you can work your magic on our Christmas Ivy Daniels.” She headed into the office, pushing the door shut behind her.

Matt pursed his lips. He couldn’t let that happen. There was something about her; something lost that drew him to her. She was lost and needed help, whether she knew it or not—and he was determined to give it to her.

Saving Christmas can be purchased directly from PBG along with other Christmas Extravaganza titles! 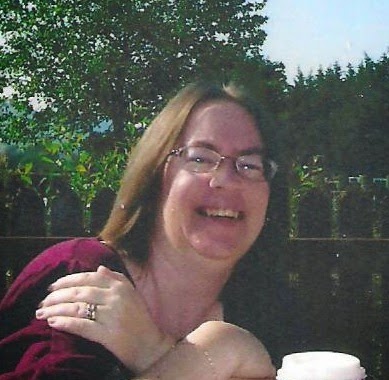 Clare lives in a small town in England with her husband, whom she married in 1992, and her three children. Writing from a early childhood and encouraged by her teachers, she graduated from rewriting fairy stories through fanfiction to using her own original characters and enjoys writing an eclectic mix of romance, crime fiction and children's stories. When she's not writing, reading, sewing, she's keeping house or doing the many piles of laundry her children manage to make.
She has been a Christian for more than half her life. She goes to Carey Baptist where she is one of three registrars. Clare can be found at the following places:Website, Blog, Facebook, & on Twitter @clarerevell

Until later...Take care, God Bless and remember: When the going gets tough the tough get on their knees.

Something to think about!
"Inspirational with an Edge! ™