Good Morning friends and welcome to the last edition of Tuesday Treasure for November 2014!

Y'know I always heard time flies when you're having fun (and when you get older) but seriously?! Where has this year gone?!

Today I have a special guest for you and she is sharing some of her Halloween memories with us....

I met Alicia at a TWRP retreat at the Silver Spur Guest Ranch and it is my pleasure to introduce her to you all! 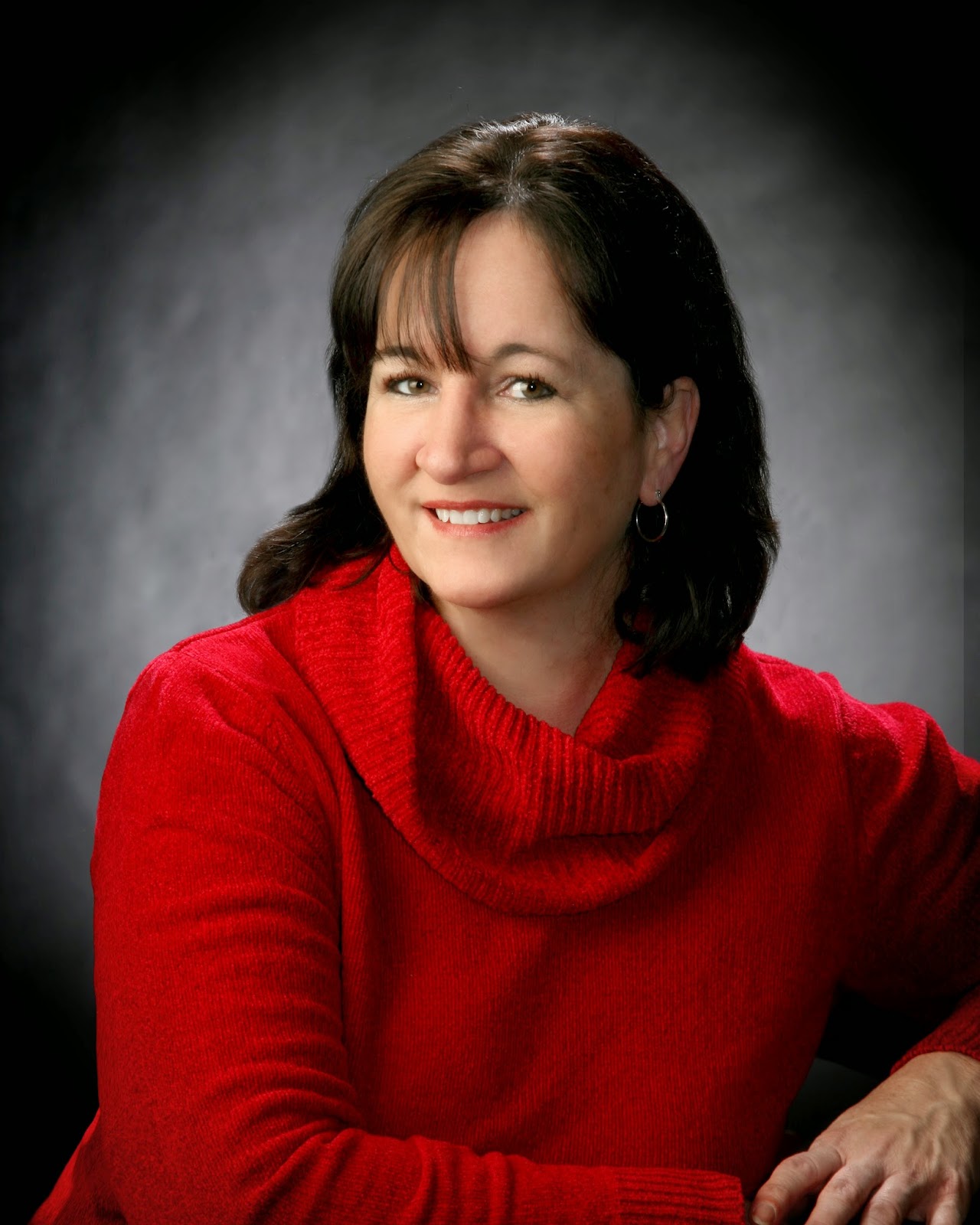 Alicia Dean lives in Edmond, Oklahoma. She writes mostly contemporary suspense and paranormal, but has also written in other genres, including a few vintage historicals.


Other than reading and writing, her passions are Elvis Presley, MLB, NFL (she usually works in a mention of one or all three into her stories) and watching her favorite televisions shows like Vampire Diaries, Justified, Sons of Anarchy, Haven, The Mindy Project, and Dexter (even though it has sadly ended, she will forever be a fan). Some of her favorite authors are Michael Connelly, Dennis Lehane, Lee Child, Lisa Gardner, Sharon Sala, Jordan Dane, Ridley Pearson, Joseph Finder, and Jonathan Kellerman…to name a few.
Find out more about Alicia by visiting her Website and/or blog and connect with her on Facebook, Twitter,@Alicia_Dean_  Pinterest and Goodreads


My three children are grown, but fortunately, they live nearby and we spend a lot of time together. Of course, it’s not the same as when they were small. Halloween was one of our favorite times of year, and I treasure the memories that we made. We loved trick or treating, dressing in costumes, going to haunted houses, and watching scary movies. My children might have been slightly twisted in that, even when they were very small, they loved scary movies. I don’t mean scary-for-kids movies like Beetlejuice and The Nightmare Before Christmas. I mean full on horror flicks.

I asked my kids what some of their favorite Halloween memories were, and my girls (Lana and Lacey) chose the same memory. I’m afraid this particular event doesn’t paint me in a very good light. When the movie “I Know What you Did Last Summer” was released in October, 1997 I took the girls, (who were 11 and 13 at the time), to see it and let them miss school.  Uhm….but they had good grades and they didn’t miss much school and the truancy laws weren’t as strict back then…  AND, they remember that time fondly. It was a special memory that they cherish, even now. So…do I get a pass?

My son, Presley, who is now 21, was a bit of an oddball. (I mean that in the most affectionate sense of the word). Very young, he stopped wanting to play with toys and really didn’t care that much about doing ‘kid’ things like trick or treating. But, he loved scary movies. His favorite Halloween memory is that, every year during Halloween, we would have Michael Myers marathons and watch as many of the Halloween movies as we could (other than Halloween 3, which had nothing to do with Michael). Even now, when we get a chance, we like to watch scary movies together. We loved Rob Zombie’s remake of the first Halloween, but the kids were severely disappointed in Halloween 2, so I didn’t even bother to watch it. This is a pic of my two youngest, Lacey and Presley, in front of ‘the’ Michael Myers home in Covington, Georgia (From the Rob Zombie version) 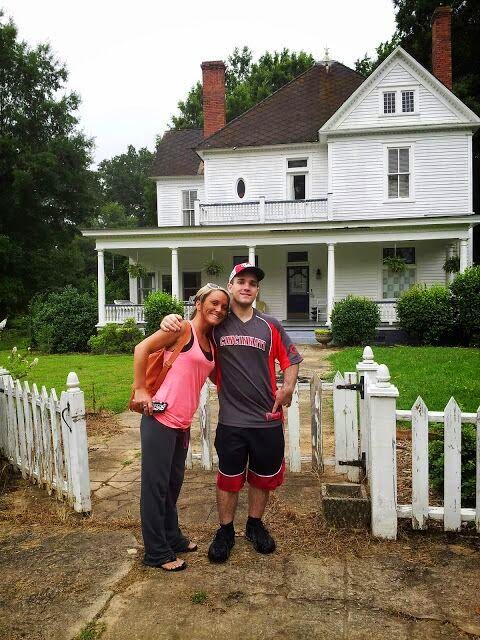 As much as I love the holiday and spooky things, it’s surprising that I hadn’t written a Halloween story until now. My latest release, Caster’s Unfriendly Ghost, is somewhat sweet and light-hearted, although our favorite Halloween villain, Michael Myers, does get a few mentions, as does Pennywise, the demented clown from the Stephen King story, IT. 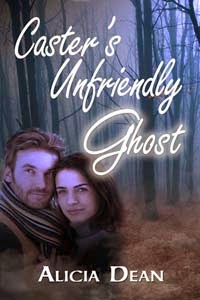 A year after her husband’s death, Emily Tillman is ready to start dating again, and hopefully, find what she’s always wanted—marriage and children. But the man who broke her heart five years ago is back. And he’s anything but the marrying kind.

Confirmed bachelor Reese Caster is perfectly content with his life—and he’s finally over Emily, the one woman who almost made him commit. Now, his world is rocked when her dead husband shows up, demanding that Reese pursue Emily to keep her out of the clutches of her latest suitor—a jerk who is only after her money.

Being around Emily again has made Reese reconsider his bachelor life style. But now that the threat of the other man is gone, the pesky ghost wants Reese to break things off. Can he and Emily find the love they were denied, or will the ghost of her dead husband destroy their chances?

With Caster, there was no way he’d ever commit to a woman. That’s why, as difficult as he was to resist, she’d made certain to keep their outings casual. Just a few dinners. She’d made a point to make comments like, “It’s great to spend time with an old friend of Joey’s” and “Being around you somehow makes me feel closer to Joey”—keeping the specter of her deceased husband between them. She had to put up some kind of barrier between her and his irresistibility. Being swept up into Caster’s sexual charms made a woman forget every other man she’d ever known.
She shook off thoughts of her love life and focused on the event at hand—opening night of the haunted forest. Tickets for the first few nights of the event had sold extremely well. Word of mouth would likely determine how the remaining nights went.
“Emily!” Pennywise the psycho clown—aka Bob Ferrell—rushed up to her. “Have you seen Megan? She’s not here and now, Destiny is saying she’ll be Michael’s victim instead of mine. I need a victim, asap.”
Emily rolled her eyes. No doubt the curvy, young blonde would love to trade out horror monsters—Michael aka Caster had it all over Pennywise aka Bob. “Destiny will be your victim, just like we rehearsed, if she wants to be a part of this at all.” Destiny was a switchboard operator at the hospital who was bucking for a promotion, so she’d likely do whatever the administrative assistant asked of her. “I’ll call Megan, and if she doesn’t show—”
“Then maybe you can be my victim?”
Emily turned at the sound of Caster’s voice. He wore the Michael Myers jumpsuit, but was holding the creepy mask beneath his arm, making it look even creepier.
“Uh, yeah…well, I’m sure Megan will show.” Granted, it was do-able. She wasn’t needed to actually run the haunted forest. A few of the nurses from the hospital were manning the ticket desk. Everything was in place, and everyone had their roles. She was just there for problems that might arise. But, being held in the dark so close to Caster…she shuddered. More dangerous than encountering the Michael Myers.

Caster's Unfriendly Ghost can be found at Amazon, B&N & The Wild Rose Press!

Well friends hope you enjoyed this Tuesday Treasure as much as I enjoyed bringing it to you! Stay tuned for this week's Thursday Thoughts and Saturday Spotlight!

Until later....take care, God Bless and remember.....things that go bump in the night are usually attached to your feet LOL!

PamT
Posted by Pamela S Thibodeaux at 12:30 AM

Halloween...the kids' favorite event. But now that I live in a community without many kids, what's there to do? One year a couple of oldsters went door-to-door trick or treating with shot glasses in hand. Under their masks and robes, they spoke not a word. CREEPY! Not sure they made it home--but it was a hoot! Nice post and good luck with your ghost book, Alicia.

Susan- I want to go with the shot glass! lol- We still have a ton of kids in our neighborhood so I don't see that happening. Alicia- my hubby would love to get the pic in front of 'michaels' house. He is a horror movie lover- I watch them with him, but with my eyes covered half the time. Great post!

How nice that for two of your kids, their favorite memory is one that includes you! Great post. The book has an interesting premise!

Haha, Susan. That does sound creepy, but actually, lots of fun. :) Thanks so much for stopping by!

Yes, it was so awesome, Darcy. It's a fabulous place. I want to go back! Thank you!

Well, I'm with your hubby, Maureen. The house was very spooky-cool. Thanks for stopping by!

So great to see you all here!
Thanks for stopping by and supporting Alicia and me.

Great inside scoop, and great excerpt, Alicia :) I also looove scary movies--and so does my son. I blame my great-grandmother for telling me at age 3 "In the movies, it's only ketchup, not blood." I told my son the same thing. I love watching and reading scary stuff, and then regret it deep in the night...but not enough to quit. It's sort of like an addiction. Your book looks amazing. Can't wait to dig into it like a fresh grave!

PS: Oh Darcy, you would LOVE the Silver Spur!!

LOL, Anna. Yes, you are my partner in crime when it comes to the spooky stuff. Love the analogy. Muwahahaha. Hope you enjoy the story!

Halloween is my second favorite holiday. And, like you Alicia, my children are grown. However, I do get to live out my spooky time with the my grandchildren!

Love the excerpt too!

I think you definitely get a pass (letting your kids stay home from school after the movie...), Alicia. You're their mom. You know best. And they remember that time! Those memories count. :-)

Wonderful of you to stop by Nancy & Leah!

Thanks for doing so.

Pass! They remembered their time with you. They probably would have forgotten those math problems they missed in just a few weeks! I am the opposite. I hate being scared. But I am enjoying reading CASTER'S UNFRIENDLY GHOST.