#SaturdaySpotlight is on Ramona K Cecil @RamonaCecil & The Time for Healing

If you've followed me for long, you know how I LOVE to introduce to you a new-to-me and our blog a fellow Pelican Book Group author and today is no exception. Let's let her introduce herself - take it away, Ramona...... 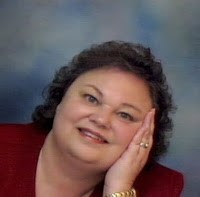 Hi! I’m Ramona K. Cecil and I live in southern Indiana. I’m a wife, mother, grandmother, poet, and author of historical romance novels for the Christian market. My husband and I have been married for forty-seven years and are now empty-nesters. We have two grown daughters and three young-adult grandchildren. We make our home in Seymour, Indiana, the “small town” made famous in rocker John Mellencamp’s song of the same name. I’ve always loved history, especially the history of my Hoosier state. Like The Time for Healing, many of my stories are set in Indiana’s past. When not writing, my hobbies include reading, gardening, and visiting places of historical interest.
My latest novel, The Time for Healing, released August 7th with Pelican Book Group. This award-winning story is inspired by a real-life event—The Pigeon Roost Massacre—that happened in 1812 about thirty miles south of where I live.
Oh wow, how interesting! Now give us a little more info on your award-winning book..... 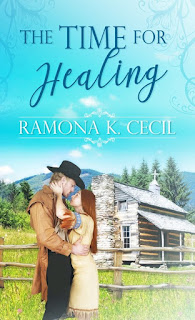 Winner - Best in Fiction Indiana Faith and Writing Contest 2014
Ginny Red Fawn McLain, a Shawnee medicine woman, is thrust back into the world of her birth family twelve years after her abduction. While she eschews the Christianity preached by her birth uncle who found her, Ginny's heart refuses to shun his friend and fellow Christian minister, Jeremiah Dunbar. Jeremiah is immediately smitten with his friend's long-lost niece. But unless Ginny Red Fawn joins Christ's fold—something she adamantly resists—any future with the woman he loves is impossible.
Excerpt:
A soft, moist touch against his lips jerked Jeremiah awake. At the sight of the white Indian girl kneeling over him, myriad emotions darted around his chest like a bevy of barn swallows. Surely she had not…
Red Fawn dipped her finger into a little wooden bowl then touched it to his lips, moistening them with an oily salve. “I am sorry to wake you, but the sun is rising in the sky, and your friend asked me to bring you medicines.”
Jeremiah pushed up to a sitting position on his woolen-blanket cot. Heat suffused his neck and face at his initial mistaken impression of her actions. He poked out the tip of his tongue to taste the oil she’d spread over his cracked lips. The sweet, light taste told him it must be either plant or mineral based.
“It is sweet birch oil,” she said, answering his silent question. “It will heal your lips and make the skin soft again.” Her smile transformed her features from comely to breathtakingly beautiful.
“You speak English well.” He found it surprising that she hadn’t lost the language of her childhood during her years with the Shawnee.
She set the bowl aside. “My father wanted me to keep the white man’s language and to teach it to him and my mother. He said it would be good for our family and our tribe when dealing with the whites, so we spoke it often in our home.”
“Where is Zeb?” Jeremiah cleared his burning throat and glanced around the longhouse. He needed to direct his thoughts away from this girl who made his heart hammer like a woodpecker’s beak on a dead log.
“He has gone to Chief Great Hawk’s lodge to tell him what is written in the book you brought,” she said, her voice turning harder. She walked to the fire, bent over a steaming iron pot, and stirred its contents with a shaved stick.
She spoke as if the Bible was new to her, but Zeb said the Shawnee had taken her at the age of six. Jeremiah recalled his own sixth year vividly. That year, his family had traveled from Kentucky to Indiana, and his mother gave birth to his brother Joel in the Conestoga along the way. He and his seven-year-old sister, Dorcas, had kept three-year-old Lydia occupied by fishing for crawdads on a creek bank during Mother’s travails. It seemed inconceivable that this girl, who remembered her given name as Ginny McLain, had no memory of her parents or Zeb and his wife, Ruth, setting her on their laps and telling her stories from the Scriptures.
“Surely, you remember the Bible. I remember the Bible stories my ma and pa told me and my sisters when I was six.”
She stopped stirring the sweet-smelling contents of the pot and became still. At her silence, hope leapt in Jeremiah that perhaps he’d jogged a long-buried memory in her.
Without answering him, she grasped the pot handle with a scrap of wool material to protect her hand, lifted the pot from the fire, and set it on a flat rock. She dipped an earthen bowl into the pot and then carried the vessel to him. She set the bowl on the ground in front of him. “When it is cool enough, drink it. It will heal your sore throat.”
As she walked out of the longhouse, an ache not associated with his illness throbbed in Jeremiah’s chest. Regret filled him. God had given him an opportunity to share Christ with Red Fawn, and he had squandered it.
The Time for Healing can be found at Amazon, B&N, Thrift Books and Book Depository.
Connect with Ramona on her website, Facebook and twitter.
NICE excerpt, Ramona. Good luck and God's blessings with your book!
Hope you enjoyed today's guest friends and that you'll check back weekly for Wednesday Words with Friends and Saturday Spotlight.
Ramona is giving away an E-copy of The Time for Healing to one lucky person so leave a comment!
Until next time take care and God bless.
PamT
Posted by Pamela S Thibodeaux at 6:07 AM

Nice to get to know Ramona! The book and the excerpt are intriguing. I usually read more contemporary than historical, but I'd like to read more of this. Thanks for sharing!

Picked it up in KU! Thanks for the recommend.

Enjoyed learning about you and your book!

Thanks, Karen! Nice to meet you as well. I love getting positive responses to my historicals, especially from readers of contemporary stories. :) I hope you get to check out The Time for Healing. Good luck in the drawing.

Hi Kara! Thank you so much for stopping by. Hope you get a chance to check out the book. Good luck in the drawing!

Congrats, Ramona, wishing you much success with your new book.

Congratulations on the new release, Ramona. I love how history influences fiction.

Thank you, Pam for hosting me and my new book on your blog. I'd like to take this opportunity to express my heartfelt condolences at the loss of your father. I'm praying for God's peace as you deal with this loss and the devastation from the recent hurricane. My thoughts are with you as I send up prayers on your behalf.

Thanks, Jacqueline! Nice to meet you. Glad you stopped by and good luck in the drawing!

Hi, Barbara! Thanks so much! I love history and sometimes I come across an event in history that grabs my interest and sends my imagination galloping. The Pigeon Roost Massacre was one of those instances. I hope you get to check out the book and good luck in the drawing.

This looks like a lovely story. I don't much about this time period in frontier America. Best of luck with the book!

I started this book and didn't want to put it down. Very well done!

Hi, Alina!Thanks! I hope you get a chance to check out The Time for Healing. I learned a lot of interesting things about the Shawnee culture during my research and was able to work much of it into my story. Thanks for stopping by and good luck in the drawing.

Aw, thank you so much, LoRee! And thanks for stopping by. I'm glad you enjoyed the book. I really enjoyed writing it.

The excerpt gave me a wonderful glimpse into the story.

Hi, Mary! Thanks for stopping by and your kind comment. I hope you get a chance to check out The Time for Healing and good luck in the drawing.